Get Rid of Food Expiration 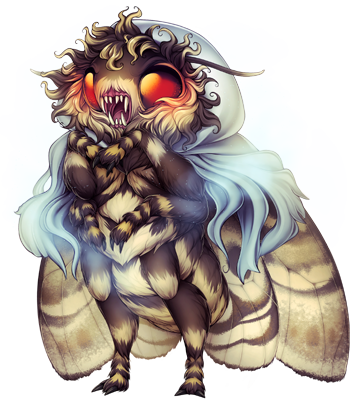 5 Nov 2019, 4:39 pm
It made sense to have food expire when the feast was pvp, but now with the feast overhaul that isn't the case. This would make the feast more accessible since people would have the option to save food items up over time. Getting rid of the expiration dates would make it so each food item doesn't need to store individual data and could instead stack like other items. This would also make it easy to implement a mass feeding ability.
Trading 2-3 Digit Villagers and Items for Dappervolk
2-3 Digit Villager Sale Thread Link---Item Sale Thread Link 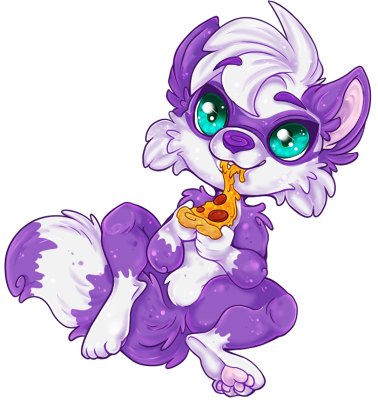 5 Nov 2019, 4:46 pm
If the food wouldn't expire, how would we get compost? :o
Please don't PM me unless it's about art that I've commissioned.
Private messages tend to make me an anxious mess and I really don't need that, especially right now. Yes, I had to put this here too because people don't read profiles. I will block you if you PM me anyway. :/ 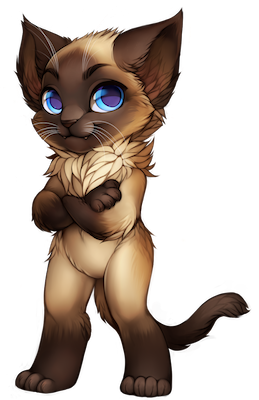 5 Nov 2019, 4:52 pm (Edited 5 Nov 2019, 4:53 pm)
You could use a button to expire your food similar to discarding items. If that makes sense. This way everyone still get compost and have food doesn't expire!
TTFN - Tigger from Winnie the Pooh.
I love Tigger and my fursona, Squeakie II. He is my precious boy.♡
My toyhou.se 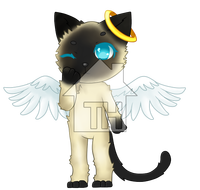 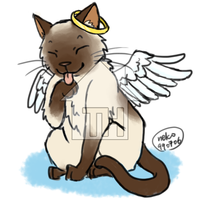 Art in signature by Abaddon & Hamichu 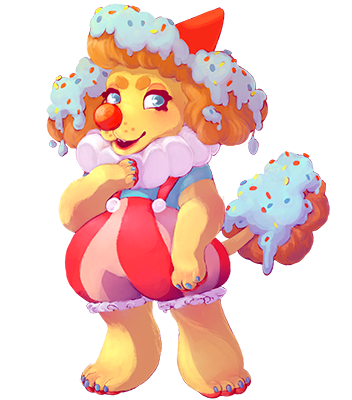 5 Nov 2019, 4:54 pm
TigTigrou said:
You could use a button to expire your food similar to discarding items. If that makes sense. This way everyone still get compost and have food doesn't expire!

I'd be ok with that 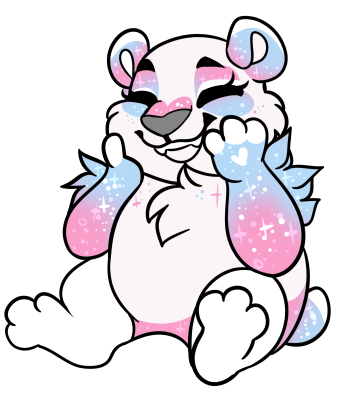 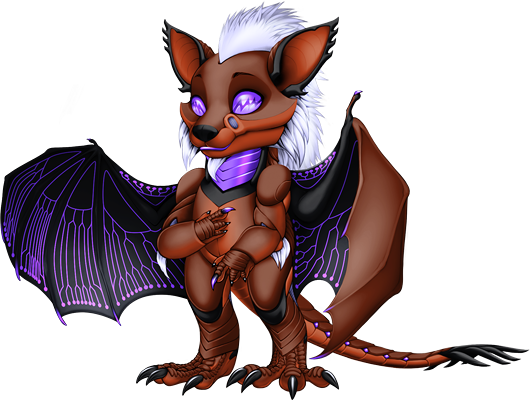 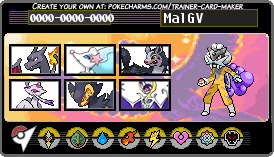 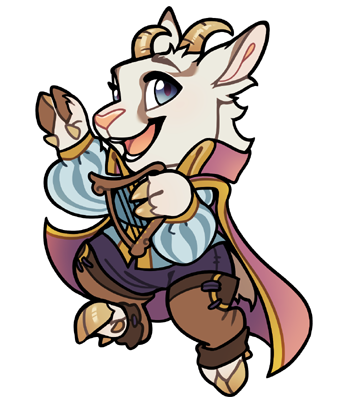 5 Nov 2019, 5:01 pm
TigTigrou said:
You could use a button to expire your food similar to discarding items. If that makes sense. This way everyone still get compost and have food doesn't expire!

If this feature was implemented, I'd agree that now that there are structured tiers instead of a user-to-user competition, there is no reason for food to expire.
Click for me n Rotsy's Newcomer's Guide to Furvilla
34 | Demigoat | Massachoochoo 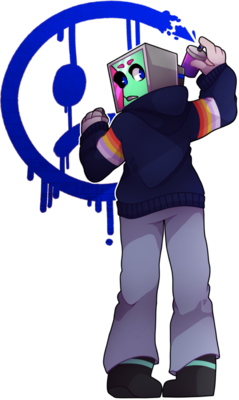 5 Nov 2019, 5:22 pm
eh. while i agree with the mass feeding option, food not expiring does seem kinda... cheaty. food in real life expires. choosing when to expire your food just takes the fun out of it, in my opinion. 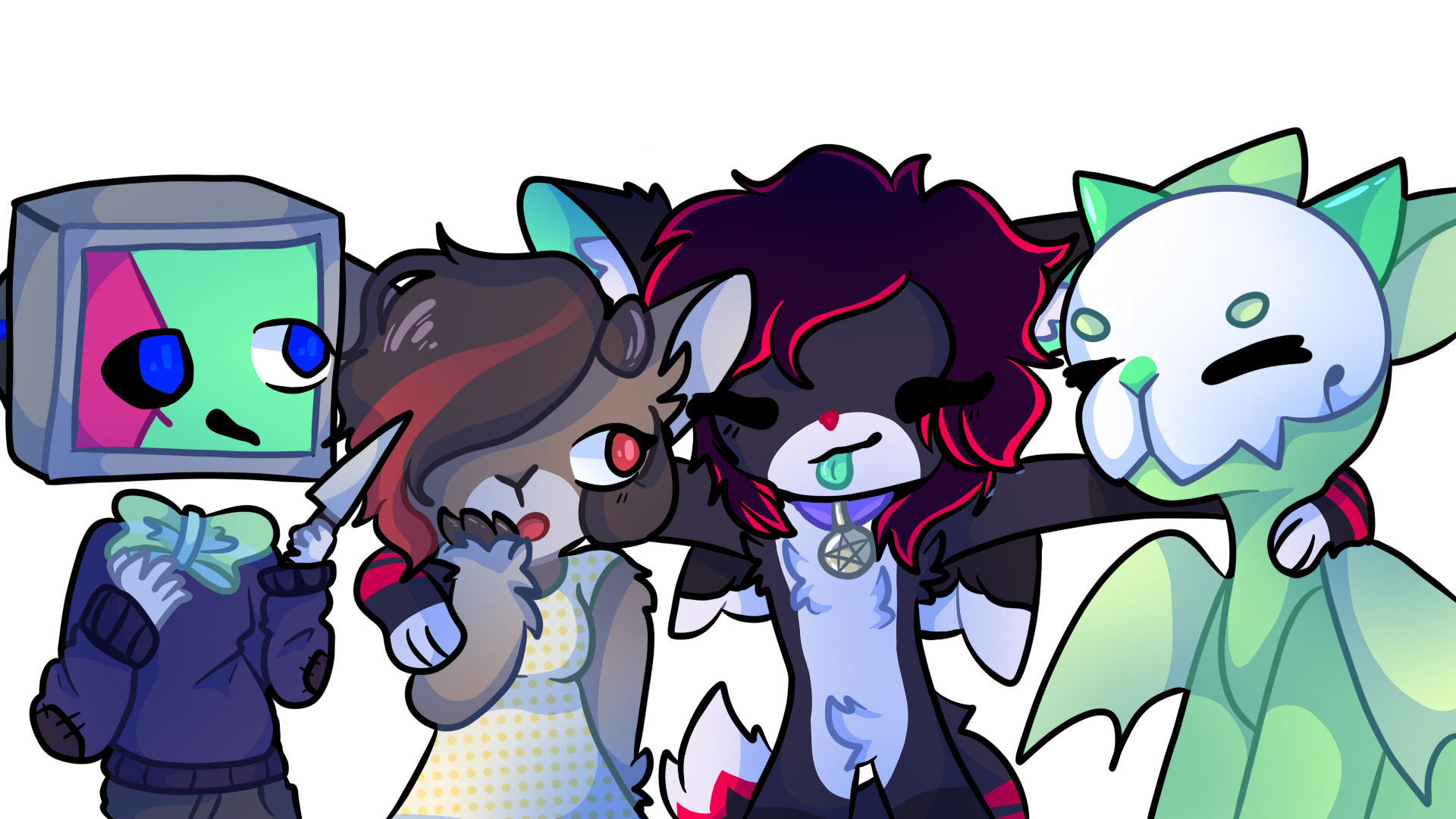 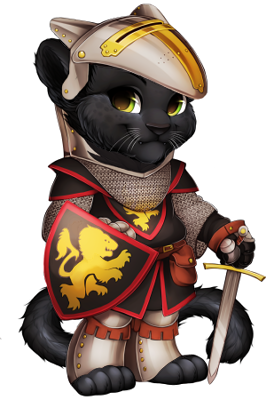 5 Nov 2019, 5:25 pm
so much agree. now the feast is tiered instead of something you'd be able to hoard and kick someone out of the top spot in a last moment to take the prize, it really doesn't make sense. 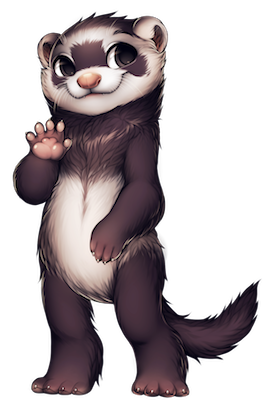 Would the value of food decrease without an expiration date? More sitting/hoarding in inventories- less selling because you can just hang on to it?

Or would the continuous monthly use of it keep it valuable/desired?
I need to update this o_o

♥ Ping me about any mustelid and hyena type adopts ♥ 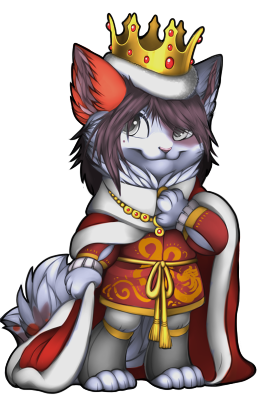 5 Nov 2019, 5:49 pm
I mean...real food does expire, but also it takes more than a couple of hours to build a house and real dogs don't cook. So I think realism would be the least of worries of why implementing it would be an issue.

Perhaps, if fairness is still a concern and if you'd really like to even it out, make it so discarded food doesn't turn into furgems so much as compost?
knight 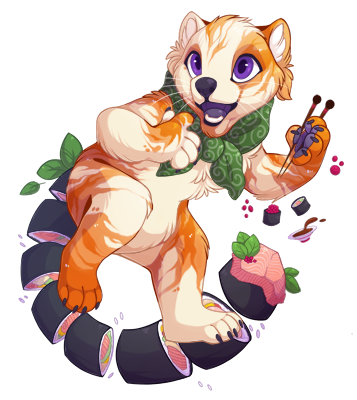 5 Nov 2019, 7:21 pm
I don't know. The ability to stack food seems great, but it would lower the value of food a lot. And since saving up food points would be so much easier then the feast prizes would also lose a lot of value.
It also feels kind of wrong... I mean what makes the feast fun is that race against time and for resources. If we could just save food indefinitely then there wouldn't really be much competition
Please ping me

On a different note, I feel like food should stop being dropped from exploration events, I have actually placed first place in the feast a couple months now WITHOUT the use of a single cook lol. it was supposed to be a FC sink at the very least and is failing miserably. FC is more worthless and undesirable than ever... I don';t understand why is it that whenever FV releases something that can be earned with moderate effort, most of the time, they just end up dropping the item for free via explorations or something, so now it's always either stuff are worth too much on here and hard to get or are just common garbage that people have too many of and people hand out for free, like what is this economy? There are few to no mid range goals for people to work for, that doesn''t bode well for keeping people on the site?

edit: also to add, since I've been able to place in the feast WITHOUT the use of a single cook, not only am I not sinking FC, I'm actually able to gain an extra worker every time I place without spending a single FC in regards to the feast and that just enables me to easily grind for even more food since the prize is a worker coupon which then makes placing the subsequent months not only easier but then I can also generate even more FC with said worker and basically have no use for it.... 5 Nov 2019, 7:43 pm
i'm not very worried about the realism, more the whole competition. removing the time limit and patience needed to win makes it... less fun? it doesn't feel rewarding to win like that. stacking food would not work, BUT i do think a mass feeding feature would help a lot. 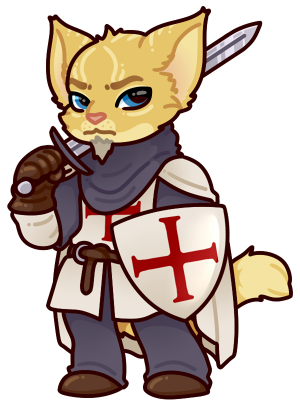 6 Nov 2019, 2:03 pm
lunarlicorice said:
i'm not very worried about the realism, more the whole competition. removing the time limit and patience needed to win makes it... less fun? it doesn't feel rewarding to win like that. stacking food would not work, BUT i do think a mass feeding feature would help a lot.

The competition was already removed when the feast was altered.

People don't go much above 5k points now, and nobody cares about who earned the highest prize fastest. 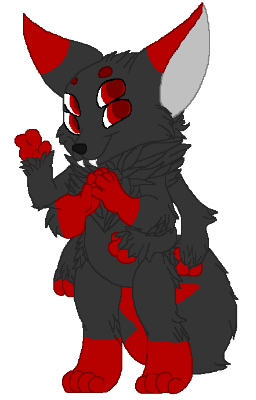 6 Nov 2019, 2:08 pm
I support this idea and the expire button idea. This will be great. And so helpful. I struggle a lot with the feast. Collecting items to make the food ect. Being able to save the food would help.a lot for feast pets I really want. 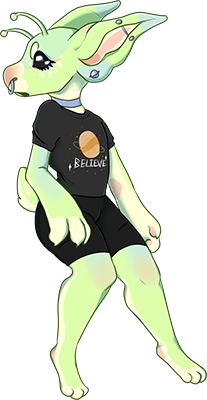 6 Nov 2019, 9:10 pm
I like the idea of food not expiring for things specifically like this month, when we have an excess of food points available to us which we didn't really go out of our way to receive, and it's either use it now for this month (and after a certain amount of points it's not really useful to the feast anyway], whether interested or not, or let it expire and compost. It does not do much good to try and sell them or anything either, because everyone is receiving them. However if they weren't to expire, and you have self control, you could hoard it for a month more appealing to you. So maybe as a compromise, all of these small event foods and such that we get from events, maybe give them no expiration? But leave cooking the same?

I'd love no expiration period, but honestly I think it's most important with things like the event foods and candies and such. 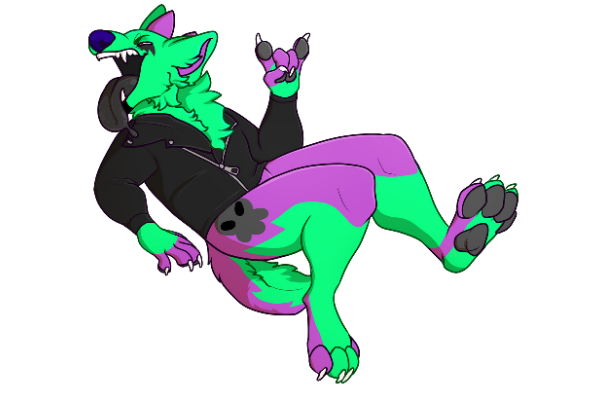 6 Nov 2019, 9:15 pm
I think we should keep food explorations. As listed above, food in rl expires, so should in game. But,I gave an idea! We could have a Fridge and or freezer, like storage but fridge/freezer extends the life if an item 2+ days?

6 Nov 2019, 9:34 pm
I'm not sure how I feel about this.
On one hand, being able to save food for any future feast would be nice, especially if you're like me and constantly forget to check your Cook every 8 minutes. (Or however long it takes your cook to cook) It would be a lot more helpful for less hardcore players, and allow more,, access?? to the feast prizes.

But on the other hand, having food with no expiration date would basically make the entirety of the feast broken. The top tier prizes are meant to be difficult to get, and making all of those easily available would remove things from the already limited pool of goals to work towards. I enjoy Furvilla, but I don't actually do much game play, with the exception of participating in events, Fur Idol, or the occasional feast. I mainly just mess around in the Forums and occasionally update my Paintie Shop so I can make money when I need it (Which any FD or FC I do end up making usually just gets converted to FR anyways) And I feel that making the feast less competitive than they already made it would just kinda,,, ruin it in a way. Not everything should be easy to complete, because that ultimately just devalues the end products worth.
It was also mentioned earlier I believe on how the non-expiring food would effect the already broken economy. I know a couple people that make most of their money off of selling food, and if the rush for completing the feast before it expires is taken away, who knows how much that will effect the people who's income relies solely on the making and selling of food.

But I would TOTALLY be for a mass-feeding option. Having to click thousands of different food items is absolutely boring, and a pain for my hand might I add, and now with the addition of tiers, I don't see why it shouldn't be added.
❊|| She/Her | Pisces | FlightRising ||❊

Apologies if I miss a ping, just poke me again and I'll hop right on it! I've been more inactive lately here. 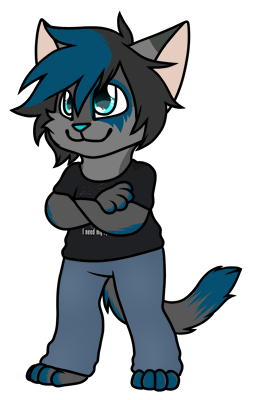 7 Nov 2019, 4:31 pm
Disagree. Feast is supposed to be hard work, if you could just store all the food items from every event and cook you could get 5k every month way too easily. you could mass hoard food and just win every time.

I want a feed all button still, but food should still expire. 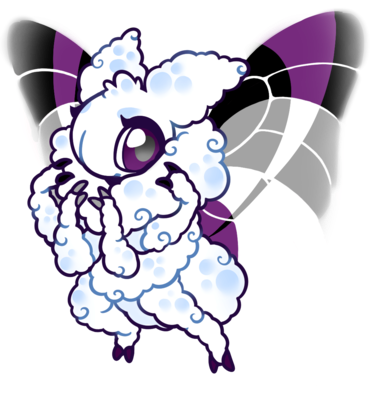 I want a feed all button still, but food should still expire.
I agree 100% with Monkia, The feast is meant to be a challenge not just something you could pull off with all the food you've stored up. I don't think food shouldn't expire