27 Jan 2020, 10:24 pm
Calypso was still in the room. She saw that is was almost daytime, so that meant that the other animatronics would be in their stages. "not me".she thought, bored. I'll have to check on that head they're building.
Icon by jackdacrow

27 Jan 2020, 11:54 pm
Lupo was already on her stage, sitting down looking bored. Blue didn't leave her room. Formerly, she was on the stage with Lupo, a dragon named Warrior, and a gryphon named Akuma. Akuma went insane and pretty much destroyed Warrior, leaving only a certain chip that allowed him to move around and such. Blue had to shut Akuma down and his body lay limp in her room. She left the stage, leaving Lupo and was able to reprogram herself so she could move around in the daytime but she couldn't go to the stage for obvious reasons. She stayed in her room during the day.

28 Jan 2020, 1:01 am
Creaking open the door slightly so she could check if the hallways were clear, Calypso looked around. no sign of anybody she thought, satisfied. Before she could go out, Springtrap voice called out to her "where are you going" he snapped. Startled, Calypso slammed the door shut and turned around to face him. "my apologies springtrap. I know i should have stayed to give you more information. she said. Calypso told him about Lupo and Blues plan to rebuild an animatronic. "Do you know anything about this" she asked springtrap finally. He was silent for a moment, then replied. "yes. I do. The one they are reprogramming is no use to us. There is another animatronic in the room, one that goes by the name of Akuma. Bring him here, for he will be a good asset to our plan" calypso nodded, then exited the room.
Icon by jackdacrow

28 Jan 2020, 9:07 am
Blue could have sworn she heard voices coming from the next room. All she could make out though was "Akuma" and "us". She looked down at Akuma's limp body in the corner.

28 Jan 2020, 9:41 pm
Calypso slowly creaked 9pen the door to Blues room, not knowing she was still there and awake.
Icon by jackdacrow

29 Jan 2020, 12:10 am
Blue turned around quickly. She relaxed a little when she saw Calypso. "Hi, you don't perform during the day either?" she asked. She looked down at Akuma's body for a moment, then motioned to a wooden chair in a different corner. "Make yourself at home if you want," she said with a wave of her paw. She grabbed a few metal beams as music began to play in the background. "I wish I could make this place soundproof..." she muttered under her breath as she began to attach the beams to the inside of the dragon animatronic head on her table.
Lupo wanted to just die a second time as soon as the music started playing.

29 Jan 2020, 12:58 am
"Thank you." Calypso said, sitting down on the chair. "Its nice to not be wandering alone during the daytime". She admitted, with a sigh. Secretly she knew her plan was destroyed, and springtrap ordered akumas body to be delivered now. Grabbing a large metal screwdriver in her hand, she waited until Blue was fully distracted then walked towards her. "I'm sorry." She muttered before hitting the side of Blues head.
Icon by jackdacrow

29 Jan 2020, 1:06 am
Blue glared at Calypso and quickly grabbed a hammer. "You know, I may have been in this stupid body for a long time, but i'm not weak," she growled and swung the hammer, just barely missing Calypso. She grabbed her computer and pulled out a small drive. The entire thing shut off and Blue tore a little bit of her fur away and stuffed the drive in there quickly sealing it.

29 Jan 2020, 1:10 am
Calypso growled, lunging at blue. The hammer had missed her, barely, but she wasn't going to let blue win. She needed the body, and Calypso thought, Blue herself. It appeared that only she could continue to work on the body of Akuma. Calypso used her paws instead, since they were bigger and much more efficient than the screwdriver. She swung a outstretched claw across Blues belly, hoping to damage some parts.
Icon by jackdacrow

29 Jan 2020, 1:16 am
Blue backed up quickly making it so that Calypso missed slightly. She grabbed a small blade and jabbed it into the bottom of Calypso's jaw, the tip driving into the roof of Calypso's mouth. She grabbed Calypso's shoulders before she had time to do anything and forced her into a wall with a loud bang. The sound of children laughing and playing outside paused, but the music still played. The song was annoying and it drove Blue's anger further.

29 Jan 2020, 1:20 am
Calypso roared with rage, but the force of Blues blows knocked her to her knees. Looking up she managed to choke out something with a snarl "I may not have been able to defeat you, but he will" she said, angling her ears towards the door. A large, green figure appeared, looming over blue. It was springtrap
Icon by jackdacrow

29 Jan 2020, 1:25 am
Blue growled and kicked Calypso away and looked at her door. She put her paws in the air. "Ok before we go through this little fight scene any longer, I had this door locked and there are no vents in this damn room! So how the hell did you walk right in as if it weren't? Literally there is only one key to that door and I have it," Blue said in a sort of sarcastic tone. "Also if I may ask, can you read? I have a book that I don't care about. Want it? I have it in audiobook form too. Also if you want him, take him, he won't work," she said. At the end, she nodded at Akuma's limp body over Springtrap's shoulder. "Should I give you the remote control for good measure?"

29 Jan 2020, 1:35 am (Edited 29 Jan 2020, 1:36 am)
Springtrap looked at Calypso and narrowed his eyes. "I thought you said he was dangerous" he growled. Looking at Blue he added. "And as for you.. don't you know who I am? Tell me how this thing can work" he spat. "Oh and, I've got the keys to all the rooms. I obtained them long ago, when I dressed up as a security guard. Guess the guy must've left his keys" he said. In a split second, he leaped towards Blue and had her pinned by the neck, his other arm ready to snap her neck if she tried to move. (Sorry if my rp skills suck lmao. I haven't been roleplaying in a while
Icon by jackdacrow 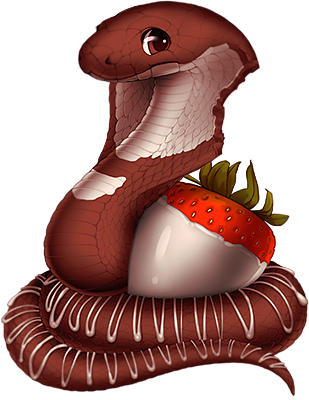 29 Jan 2020, 2:45 am
Megan new this place inside and out. She heard Springtraps voice, She filled with anger and hate. Megan could never hate anyone more then him. She crawled quietly above the room, she looked at Blue then Calypso then Springtrap then again back at Blue. She cant take them all at once so she went to get Blues friend Lupo.
|| They/Them/There ||

29 Jan 2020, 2:53 am
Calypso saw megan go out, then yelled 'NO." She tried to stand up, but failed and fell down again. "Springtrap more are coming we have to leave NOw". She yelled. Springtrap paused. "Well we'll have to take Blue and the body with us. Find her power switch, Calypso." Calypso nodded and moved to them.
Icon by jackdacrow

29 Jan 2020, 5:51 am (Edited 29 Jan 2020, 5:52 am)
Ryan had gone to sit behind stage, and wait for Lupo to be done.
Pug fell through the vent in the parts, and service room, and fell on top of springtrap. Pug had turned off.
Pug jolted awake. "What just happened.?" It seemed whenever something bad happened Pug could speak clearly.

29 Jan 2020, 6:16 am
Springtrap got hit by surprise when pug fell on top of him. Calypso managed to stand up a little, but shaky. She got the hammer and hit pug hard on the head. "You shouldn't have come here." She snarled.
Icon by jackdacrow

29 Jan 2020, 3:34 pm
Blue smiled. "Well if you can rebuild the power switch then reprogram it to actually work, then do some modifications on him so he'll react then he can turn back on again. I'm the only one who can do that with him though," she said. Behind her back, she was attaching a wire to the pin that she had shoved into Calypso's jaw. She attached it to another pin and quickly pressed it into Springtrap's hand. She flicked a switch and both Calypso and Springtrap felt a shock powerful enough for Springtrap to let go of Blue and both Springtrap and Calypso collapsed to the ground. They wouldn't be able to move for at least an hour afterwards so Blue just shoved them into a dresser, locked it from the outside, and moved the dresser to the closest parts and service room, then locked said parts and service room. Before the pizzeria became what it was now, there were many other animatronics and there wasn't enough space in one parts and service for all of them so the creaters built two parts and service rooms, one behind the stage, and one a few rooms down the hallway so it was an easy walk for Blue.

29 Jan 2020, 3:54 pm
Blue reached for Pug's neck and prodded a few wires and the springlocks stopped. "Ok you seriously need some help with these..," Blue said with narrowed eyes, inspecting the springlocks.

29 Jan 2020, 4:11 pm
Lupo froze then looked down at the gaping children at the foot of her stage. She growled at them and they began to scream. Lupo walked to Blue's room to find her standing over Pug. "You need help?" She asked crossing her arms. Blue waved her paw submissively, grabbing a screwdriver. "I got rid of em." "Them?" "Yeah, Calypso and Springtrap came and tried to attack me and take Akuma. I got rid of em," Blue muttered. "Springtrap is here?" Lupo hissed. "Yeah, as I said, we got about fourty minutes now before they can move again. Second parts and service room in a dresser. Here are the keys."