I will sometimes put out freebies, but not very often!
--

If you see someone you like, but can't pay for it yet, I can always put it on hold!

You may have a 20% discount on your purchase if you buy a Fican/MYO + 1 or more chests!

Name: Sornev ( Closest head ), and Seral ( Furthest head ).
Gender: Female.
Personality: Sornev: Curious - Seral: Nervous.
Traits: Dragon, Slushy, Two heads.
Role: Flumina Feram
Short backstory: Sornev and Seral both love crystals and rocks for some reason ( But you get to decide why ) and love to collect them. They were born from two subjects and set free for birth defects. They were found by one of the seven tribes

Name: Agea
Gender: Female
Personality: Cheerful
Traits: Double wings, Frozen Coffee ( Dyed ), Cat.
Role: Est Bonum
Short backstory: Agea was made in a lab, where they discovered that they could dye Ficans. She was tested on many times before they settled on green. The process hurt, but she is still cheery and bright!

Name: Aeio
Gender: Non-Binary
Traits: Snake, Coffee.
Role: Neutrum Nubila
Power: Healing ( Weak )
Backstory: Aeio grew up in the wild, in one of the larger, stronger villages ( Akuhamak ), learning how to heal and tend to the injured.

Name: Eiko
Gender: Non-Binary
Personality: Submissive/ Loyal
Traits: Juice ( Pineapple ), Deer, Horns ( 2 ), Double tail
Power: None
Role: Neutrum Nubila
Short Backstory: Eiko was a naturally formed Fican, who, by chance, stumbled upon one of the hidden kingdoms ( Lore on that soon! ). From there, Eiko was hired as the Prince's bodyguard.

Name: Munoko
Gender: Male
Personality: Spoiled/ Snappy
Traits: ML ( Mysterious Liquid ), Dragon, Double wings
Power: Freezing Touch
Role: Principum Imperii
Short Backstory: Munoko was born into one of the most respected royal families. He was spoiled from a young age. Munoko finally left when the kingdom fell, the citizens found by the Hunters ( Lore on that soon! ). Munoko and Eiko found the shop about a week after the kingdom's end.

Name: Laik
Gender: Non-Binary
Personality: Stern/ Protective
Traits: Coffee, Big Cat
Power: N/A
Role: Neutrum Nubila
Short Backstory: Laik grew up with many friends whom It protected. Over the years, It lost friends due to some... Issues. Someone came along to stick my Its side, which It appreciated

Name: Mukka
Gender: Non-Binary
Personality: Caring/ Motherly
Traits: Bird, Mint smoothie, Dwarf bottlism.
Power: N/A
Role: Neutrum Nubila
Short Backstory: Mukka grew up lonely, having no siblings or friends. One spring day, It finally found a friend. Mukka has stuck my Liak's side since then, treating Liak like the sibling It never had. Name: Mukos
Gender: Male
Personality: Sweet/ Adventurous
Traits: Sparkling Water ( Based on the sparkling water called Perrier ), Dog
Power: N/A
Role: Neutrum Nubila
Short Backstory: Makos has lived on Luenna for all of his life, loving the gorgeous utopia with all of his heart. Makos has a wonderful life, helping his community as much as he can. Name: Makaia
Gender: Female
Personality: Sweet/Caring
Traits: Firrokken, Pumpkin Spice Coffee.
Role: Est Bonum
Short Backstory: Makaia grew up in a pure family, growing up to learn the importance of what she had. Makaia now takes her time with life and tries to help others enjoy it as much as she does.

Points will be more expensive.

I will also take art for a Fican, but please let me know if you're able or not able to draw stuff like Anthro, Humans, Feral, Gore, etc.

Please tell me which Fican you'd like to trade art for and I'll aim for a fair price, please offer me either your art shop or some base prices for your art, just to make it easier.

If we decide on a price, I'll give you a ref of who I want to be done ( Just tell me if they're too complex ) and I'll trade the Fican over to you once the art is done ( I can send it over Toyhouse if that's preferred ) ^^ 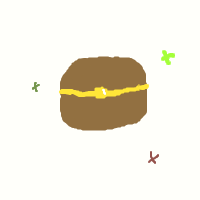 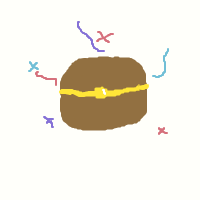 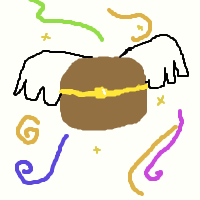 Create a Fican! Comes with a creation vial and 3 Common traits!

Create a Fican! Comes with a creation vial, 3 Uncommon traits, and 2 Common traits!

Create a Fican! Comes with a creation vial, 3 Rare traits, and 2 Uncommon traits!

Create a Fican! Comes with a creation vial, 3 Ultra-Rare traits, and 2 Rare traits!

Create a Fican! Comes with a creation vial, 3 Legendary traits, and 2 Ultra-rare traits!

“ Welcome, one and all! Today is a wonderful day of fall!
A little event, just for you! Some fun games and quests to do!
Peaceful and fun, some good treats to eat! Nice and chilly, the event is quite neat! “

You go outside of the shop, everyone seems to be out there. There’s games, food, and laughter.
It smells of pumpkin pie and cinnamon sugar, wow!
You quickly run over to the food table, taking a look at the snacks. You go to grab a piece of a large cookie, but it gets up! Whoops, better watch out. It seems some new Ficans look just like food!

You smile, laughing a bit with the cookie Fican. You turn away from the table to check out the raffle booths. There are three, they all have some pretty good prizes… Ah, better check it out later!

You wander over to the game section. Apple bob, balloon darts, pinatas… Looks like so much fun! Maybe you should check it out once you’ve looked at everything…

You turn to look at anything else, but it seems there’s only one booth left to see…

You head over to the booth, the crooked sign swaying in the autumn breeze, “ Quill’s Quest “.

You head up to the counter, a very autumn-like wolf stands at the counter. It looks up, coming out of its daze, “ Oh, hey! “ Its voice is masculine, a bit on the deep side. “ Welcome. I should just get to the point… Anyway. This festival isn’t all fun. Every single year something snatches one of the people here. I’m here every year but no one bothers to come up. Anyway, you wanna help me? “
---
“ Yes, of course! “ ( Continue )
|
“ No way! That sounds too creepy. “ ( Come back another time? ^^ )
---

“ Yes, of course! “ You respond enthusiastically. He smiles, “ Good. “

He hands you a paper, a little riddle on it:

“ Find me among the trees,
Following an autumn breeze.

Once there, stop and stare,
Wait for me in a wooden square. “

It seems this Fall Festival isn't what it should be! Hm... Better get working on this riddle! Simply ask me if you'd like to start the quest and I'll help you along!

Search for the spot!

Option 3. Walk in a random direction and hope for the best
---

Anyway! Everyone gets one ticket per raffle, but you can earn more!

1. Pay a visit to Greeni! She might give you extra if you compliment her :D

1. One account only, if you're caught entering with two or more accounts you will be taken off of the raffle list.

2. There is no limit to how many tickets you can buy, but there are no refunds!

3. Yes, you will keep the tickets you've purchased if you don't win, so don't worry!

Legendary MYO + 100k FC off anything in the shop + Shaded Headpiece
---

Rare MYO + 50k FC off anything in the shop + Flatcolor Headpiece
---

Not looking for art at the moment! I'll edit this if I ever accept art as payment ^^

-Once you purchase a Fican you may change the name, gender, etc.

-If you reserve a Fican, I will have to take it off hold after 6 months.

-You may not change your Fican's soda type, animal type, or traits unless you buy a chest.

-You may not sell a Fican for more than you purchased it for unless more art has been added.

-No NSFW art is allowed.

- All premade Ficans will have my signature.

- Do not purposly copy an color palettes.

- Always credit me for premade designs.

You ask the cat, Greeni, who works here, curious. " Oh! Well, we do have a couple of staff! " She says excitedly, she goes into the back, then bounds back to the counter with a sheet of paper.

Helps with adopts and lore!

Want to buy a Fican/MYO but don't have enough?

What will I take? At most a mix of FC, FD, or Paintie Tickets.

I won't take anything else, sorry!

- You may not sell a Fican for more than you bought it unless more art has been obtained.

- NSFW art cannot be made for this species

- No traits may be changed unless you have what you need to do it. ( See chests )

- You may not make a Fican unless you have an MYO.

- You may only reserve a Fican for half a year.

Purchasing from this shop means that you agree to this.
--

Ficans have a few things about them that are very important.

1. Ficans may not be any animal that isn't listed.

2. Ficans can only have any traits listed.

3. Ficans may not have any fire abilities/powers or anything similar.

5. Ficans have roles, please ask me before changing a role. ( Roles also have prices, please read those. )

6. Ficans are mostly docile, please ask before changing a personality.
---

Say BEEP if you've read all the rules and such!
~~~^Alekzy needs your help!^~~~
Check Morphie's Aercids!
---
Owner of the closed species: Ficans. Anunis, and Etts! 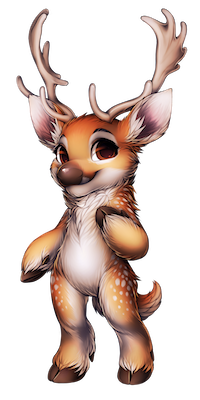 If you to make a special song request:https://scratch.mit.edu/users/Ken_kaneki4life/ 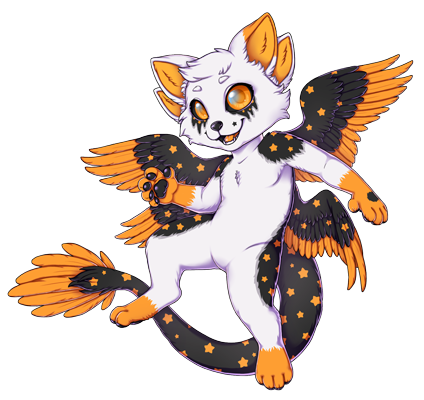 17 Mar 2020, 5:51 pm
I'm gonna have to snag the water Fican! And are these a closed species?
play dappervolk with my referral, maybe?
toyhouse ✧ aercid✧ficans✧art shop 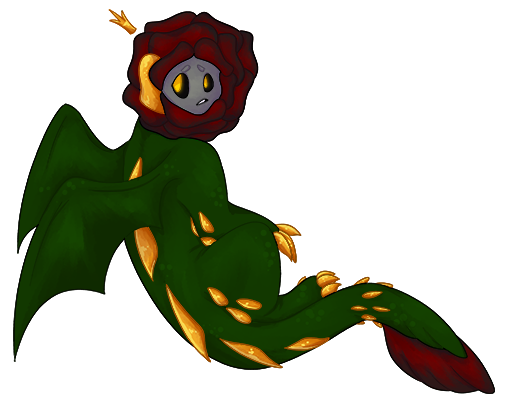 Edit: Or perhaps we could do a species trade, if you're interested? (See signature)
icon by Puck
Honey Gliders here! Don't forget to join the raffle! <3 I also do PWYW art!
Come trick-or-treat with us! While you're at it, come visit Sallentine on Discord!

AnnaDragonShadow I would love to so a species trade! and I can do a Peppermint tea fox if I can get a tiger lily Honey Glider :>
~~~^Alekzy needs your help!^~~~
Check Morphie's Aercids!
---
Owner of the closed species: Ficans. Anunis, and Etts! 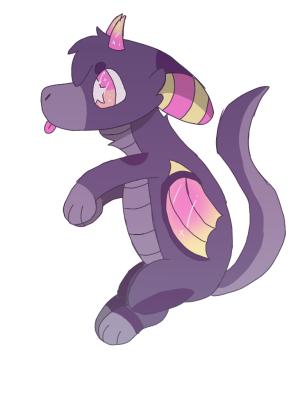 Amaya_Moon I'm making the species closed, but you can still make yours since I forgot about the whole closed species thing :>
~~~^Alekzy needs your help!^~~~
Check Morphie's Aercids!
---
Owner of the closed species: Ficans. Anunis, and Etts!

18 Mar 2020, 9:04 pm
^^ I'd actually been planning on doing them myself, as I had a specific design in mind!! You can absolutely make a Honey Glider, I'll throw in a few UC traits for you to play with!!
icon by Puck
Honey Gliders here! Don't forget to join the raffle! <3 I also do PWYW art!
Come trick-or-treat with us! While you're at it, come visit Sallentine on Discord!

18 Mar 2020, 9:14 pm
If you even make an orange one I'm gonna have to break my wallet for you.
(eyes suspicously)
and if it's a dragon well might as well say reserved before even putting it on
play dappervolk with my referral, maybe?
toyhouse ✧ aercid✧ficans✧art shop