18 Oct 2020, 6:11 am
What's up, fellow furs?
I got bored, and thought, "Y'know what would be cool? A new career, village, and event" This is purely spitballing, and more just something fun for me to do, so i decided to not put it in User Suggestions.

What would the career be?
I think Engineer or Mechanic would go perfectly with the event and village!
They could build rocket ships, UFOs, flying furry cars, robots, jetpacks, among many other things! Possibly even a furry space station.
I'll try to add onto this more later, I'll also explain why I picked some of those examples.

What would the event be?
It would be the space event! Or, more realistically, It would be a race between each village to see who can make it to the moon first. Or whatever the Furvilla moon(s) might be named There would be two village winners, as it would be a two part event. One winner for whatever village makes it first, second winner for whoever can finish helping the furry aliens and robots!
Your mechanic can help you in this process, helping you build up your rocket ship, similar to the boats in the OD event! They can also build little things, such as UFOs for outer space exploring, which would just be through the exploring career, and you can bring back little trinkets. If you're really lucky, you may stumble among a robot village to help you.

A robot will come back with you, which can be worked on by the mechanic, adding traits (buffs) that you find while exploring out in space, maybe being able to make it a battle buddy, etc.

Or! You can try to make your own robot if you aren't lucky enough to find one who will help! You'd have to find metal shells, antennas, mechanical heart and brain, traits, and probably some other stuff i can't think of.

Jetpacks would be similar to UFOs, but won't be able to reach as high, only being able to find fallen stars, trinkets, etc, on high up clouds.

Your other villagers could help, too! Such as the tailor, who can make you a space suit to help the survive the harsh environment of space (which could be a buffed costume). The construction worker could also help, as they need to help build houses for the alien furries (temp name lol), since they are having a shortage of houses, you will be greatly rewarded for this! Your herbalist could research the new plants, and start growing them to help the aliens. Your cook will have to learn what the aliens like and dislike, and start using the plants to make new recipes for them! Your explorer will be the main one exploring, obviously, they will be able to find traits for robots, robot parts, dungeon keys to explore dungeons and gather loot and trinkets, among other things. Crafter and blacksmith can craft new swords, shields, and other things, a lot of it being galaxy themed, or hologram-like! I'm not sure for warrior yet, maybe they could fight off a threat..? There'll be more to come!

What would the village be?
I'm not sure exactly for the name, maybe someone could help with that! I'd like to start producing small concepts for these things when I have the time, and I will reserve a post below this one to do so.
However, I know a lot of people are sad the robot and zombie village hasn't come to fruition, at least not yet. So, I thought incorporating some robot stuff into this idea would be cool :3c
The village would obviously be space/alien themed, with small robot clusters in the village. There would also be things like dungeons to explore underground.

I'll have to write more for the village, but I'll try my hardest!

If you have any ideas for this that you'd like to add, I'd love to hear it! Feel free to post any critique, too!
I'm sorry for how long and bulky the text is, I wish I could give a TL;DR, but even the TL;DR would be too long. This is just scrambled ideas, so I'll get around to formatting it and clearing some things up in the future.
Cat ❤ Loves cockatiels ❤ Tea
Pm me If you need anything~ 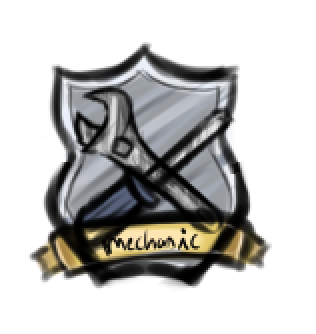 Cat ❤ Loves cockatiels ❤ Tea
Pm me If you need anything~


New Items - Thus far
Items said:
UFO - Image pending - Dingy UFO - What a basic UFO.. should at least get you something neat!

UFO - Image pending - Name pending - Now this is a little better, I wonder how far this'll get me.. (Reusable twice with fuel can)

UFO - Image pending - Name pending - Shiny, pretty, pretty shiny, if i do say so myself. (Reusable thrice with fuel can)

Space Ship - Image pending - Name depends on village - Finally! My new ship is fully decorated! I hope they don't fly off.. (Reusable with fuel can)

Fuel Can - Image pending - Fuel Can - Smells strong, maybe it isn't a good idea to keep smelling it?

Cat ❤ Loves cockatiels ❤ Tea
Pm me If you need anything~