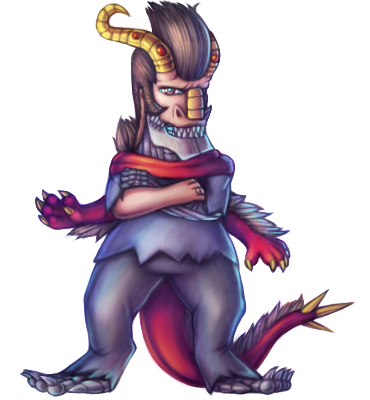 Razerel has the LARGEST WARDROBE of any villager on site!!!

Please do not call her Raz.
If you need to use a nickname please use Raze instead.
Razer is also fine.

Also, please I beg of you do not associate her name with the phrase "give em the ol' razzle dazzle" or any variant thereof, this is a huge sore spot for me. I can explain in greater detail privately if you must know why but this is really bad for me, please do not do it. 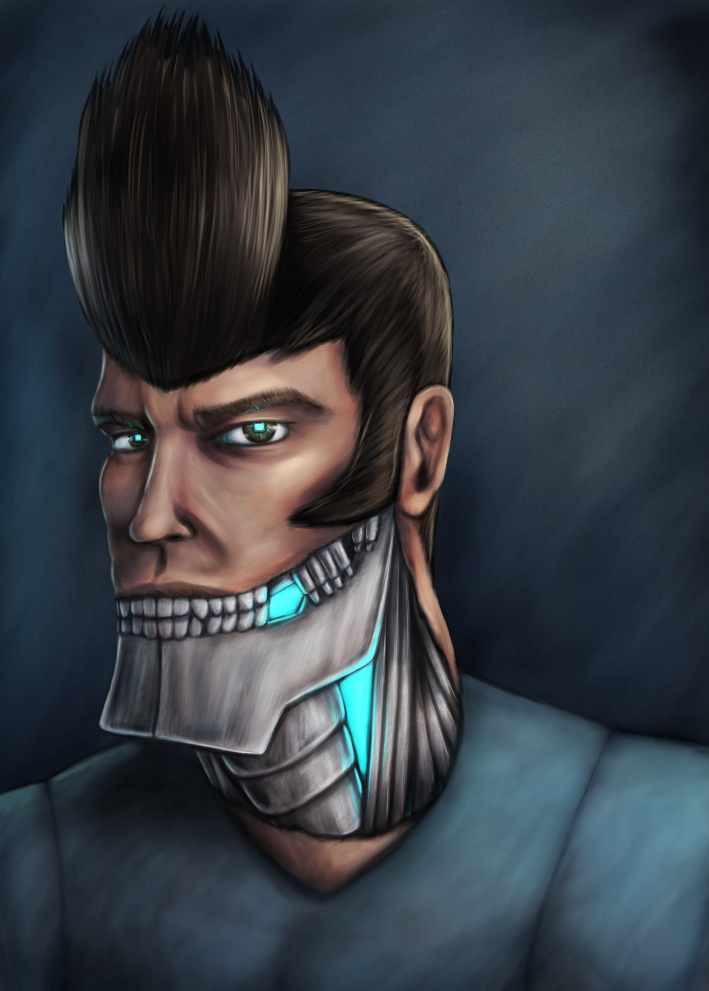 Please note that the species lore link above is very heavy with scientific and pseudo-scientific jargon. It's probably difficult to read for most people, which is why it's linked. The character bio here is much more digestible.

A supernova*
With her power paramount*
She who devastates
*Lyrics by Soul Extract, modified for haiku format.

Razerel Pandaus was born on the 17th of November 2750. As an unfinished prototype of a new Fordian phenotype in development, her generation of Fordlings did not have genetic antipiracy active yet, which allows for mutations to occur, these mutations being used to selectively breed the "rough" phenotype to perfection before locking everthing down with the checksums.

Because of this, Razerel had a unique and unprecedented mutation which made her dramatically more intelligent than her peers. One of the key Fordian engineers who supervised the selective breeding of prototypes, Lyhlyndys Zepet, took notice of her unusual intelligence when compared to the other Fordlings he cared for. The exodrake alkascientist and the sapient Fordian grew so attached that Lyhlyndys eventually adopted the Fordling as his daughter. Her legal name was adopted from the computer-generated codename of the phenotype while under development: Project Razerel Pandaus. After being constantly referred to with this name along with the other prototypes, she became attached to it and claimed it as her actual name.

Because of her intellect being almost identical to other civilized races of the Milky Way Commonwealth, Razerel was mandated to attend school. Because Fordians develop faster than organic species, she quickly had to be transferred to a specialized school for adults, but nonetheless earned her diploma. None of this came easy to her, though, since despite her intelligence, she was seen as an abomination by most of her peers, who were relentlessly cruel to her and made her life a living hell in school, because she was so unusual and unsettled most of the people around her.

There was, however, a key exception. During the time Razerel was attending adult school because of her rapid maturity rate, a man who was attenting the school, as part of mandated rehab, took notice of how she was treated so cruelly just for existing when she never did anything malicious to others around her. This man, whose name was Jacob Sterling, was at one time the most infamous and dangerous person to ever walk the rubble of the Detainment District in its prime. While Jake made a drastic turnaround after being treated for a prion disease which degraded him to madness, he retained an antisocial, bleak outlook on society because all he saw in people was hypocrisy and selfishness. But, in Razerel, he saw something else. He saw a genuinely good person, with no innate ill will towards others.

Despite this, Jake and Razerel didn't properly meet until Razerel was 22, and not through kind circumstances. Once Razerel graduated, she went searching for a job, and this proved futile, because no one wanted to hire her. In order to help pay her bills, Razerel was driven to crime since she could not get a job, and this is how she met the outlaw Jake Sterling. They bonded quickly, as they saw each other as kindred spirits in a world they don't belong in. It wasn't long before their relationship progressed.

The relationship between them stirred public outrage even more, due to the existing hatred of Razerel due to being an anomaly, and Jake Sterling's reputation from the Detainment District days. The couple waved middle fingers to the rest of the world, and eventually, their difficult lives due to relying on criminal means to make ends meet, and all the hate, hardened Razerel into a fighter.

During this time, Jake and Razerel became engaged. Razerel's father Lyhlyndys was very accepting of this, despite knowing Jake's history, because he was involved directly in Jake's treatment and understood the nature of his past behavior. He was simply grateful to Jake for protecting his daughter and making her so happy, being her lover in a world that reviled her for existing.

Jake Sterling and Razerel Pandaus were, for a short time, married. To celebrate their good fortune, as they had rose to the top of the "Noise Demon" gang they were doing work for, Razerel got Noise Demon tattoos around her face/neck and arm, which were indicative of gang leaders. Jake Sterling never got tattoos, though, and no one wanted to try pressuring him into it, either.

The fortune that Jake and Razerel found as gang leaders was short lived though, as a veteran gang, one of the few which survived the dissolution of the Detainment District, did not appreciate a new gang setting up on their turf. The leaders of the enemy gang sought to burn down Jake and Razerel's house to send a message to the Noise Demons.

Unfortunately for the arsonists, and the rest of the world for that matter, they fucked up. Razerel had been illegally experimenting with Fordian technology, which she learned secondhand from studying the documentation within the lab. She had started her own illegal alkahest chamber in the basement, with the intent of researching a way to create a human-Fordian chimera so she and her husband could have a biological child, as she had an overwhelming desire to be a mother. Natural fire, as it happens, reacts in a cataclysmically violent manner when it comes in contact with alkahest.

The resulting explosion, dubbed "Ragnarok Supernova" by Fordian historians, single-handedly sterilized the entire surface of the Earth except for what was inside of the Fordian lab at the time, which was Razerel, some Zeta Fordians, and the Genome Disk archives and documentation on alkatechnology. The Fordian Lab was the sole survivor of the apocalypse because it was uniquely plated entirely in Ultrafordium, which was intended as a safety measure should an alkahetic explosion occur within the lab. The explosion occurring from the outside in, insulated and saved the contents of the lab from destruction while everything else was destroyed.

Now truly alone in the world, Razerel sought to repopulate and create a new world. Because she was a prototype, she could remove samples of her own genetic code without it instantly self-destructing, allowing her to splice her intelligence mutation into the humanoid Fordian phenotype genome disks. This is how she created the "alpha Fordians", the intelligent ones like herself. The unmodified genomes were also mass produced to establish populations of "zeta Fordians", the ones with animalistic intelligence, in the new world.

Over the course of time, the small population grew and expanded, and built villages, then towns, and cities, and eventually restored global civilization to the planet once known as Earth. In this time, a cyberpunk, feudal civilization powered and run by alkatechnology, the planet was renamed Fordia.

A brilliant and beloved leader of Fordia, Razerel emotional heartbreak over losing her husband and family continued to wear on her. Her mental health degraded until she devolved into a global tyrant. Due to her progressive insanity, she makes decisions that seem to make no sense, and while she did eventually succeed in completing the research she started when her husband was alive, using fragments of his DNA which survived within the Fordian lab, she still cannot find peace and will stop at nothing to find a way to return to the past and prevent the whole disaster from ever occurring in the first place.

Unable to deal with the pain of raising Jake Sterling Jr. with her husband long dead, Razerel used a warp ship, constructed from alkatechnology archives survived by the lab, to plant him as an infant at an orphanage on Hrr'gthr-Sypos. There, he was adopted and raised like a normal human child, until he snapped and learned how to use his Fordian magic.