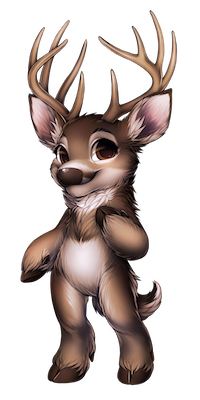 Fyguard's past is a mystery, when anyone tried recalling where he came from, they can just remember that one day, he just appeared in the village and settled down. Asking him questions about it is nearly useless, as he has the infuriating ability to weasel his way out of personal questions. He can occasionally slip up a bit of information, though they usually raise more questions than answers. He seems to know more than he should.

Rumors has it that he was once a sorcerer from a powerful guild, others say that he's an assassin, others still say that he was a powerful warrior. While he has neither confirmed nor denied these claims, it's obvious that he takes extreme amusement in the accusations.

It has been noticed that Fyguard is easily amused by, well, anything really. He laughs at his own mistakes and even those of others, though he doesn't do it to be mean. He's the kind of person that will help you up, after he's done laughing at your misfortune.

When it comes to his job, it's safe to say that his skills belong in another domain. While he does indeed love animals, it's painfully clear that they don't love him back. He's not giving up though.

He shows great interest in riddles and philosophy, the more complicated the better. Managing to impress him is a sure way to making a friend out of him, if you're ready to get bombarded by riddles.