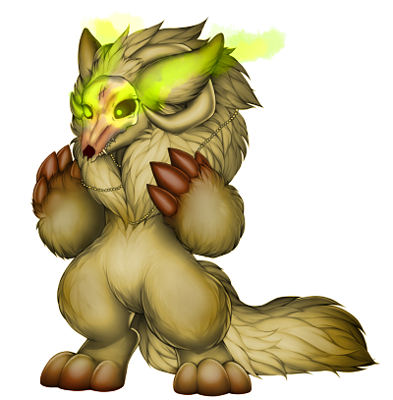 Bathin comes from a long line of royalty, dating back hundreds of years, but after his older brother Stolas vanished one day, the family fell from the throne, and thus he and his family was forgotten. Many only know of his brother as "The Lost King"

Bathin was to inherit the throne, but under the suspicion of foul play he disappeared, only to ascend through the ranks and gain the title "Royal Knight" before finally becoming King.

The new and rightful king of Acerbus, Bathin is incredibly loyal, he cares most for his brothers and the people of his kingdom.

Bathin is gifted in the ability of "stepping", which allows him to teleport at will and uses his ability to keep track of his younger brother Therezael.
Bathin also has extensive knowledge in sciences, Astronomy and Physics in particular. Herbalism is another field he is quite well versed in, but rarely exercises.

Bathin worries that his people may not trust him, as he took back the throne through violent means.

Bathin had discovered that King Remiel, the ruler before him, had betrayed the kingdom by fueling the war that was tearing their land apart. Bathin, heartbroken and angry, killed Remiel, and thus took their place.

Not many know this, but Bathin is one of the last "Old Ones". The ethereal creatures who created Acerbus, and then became corporeal in order to live among their people.

Long ago during the age of King Stolas, an ever growing group of people created an order bent on ridding Acerbus of the Old Ones out of fear that "if they created this world, whose to say they won't destroy it too".

Very few Old Ones remain. Most were assassinated, killed at their weakest points, usually in their sleep.

But the order of the New Reign has since grown silent, and so Bathin, one of the last remaining Old Ones, has risen to the throne.