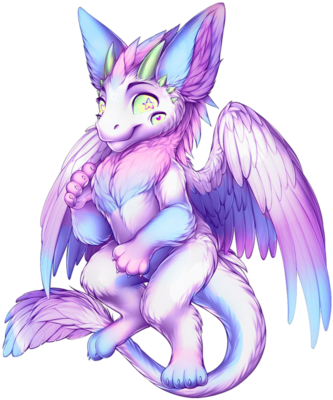 By some mutation in his genes, Klaus was born with four eyes, only one of them having a circular pupil.

Lucatiel and Klaus are two Dutch Angel Dragons who find themselves unbothered by their disconnection to Paradise. The pair, after stumbling across Doc Harvey, and eventually Arkana, learned about the Dragon's Heaven. As Dutch Angel Dragons are, in fact, dragons, they have a firm belief that, upon their death, if their souls are just, they will be admitted into the Dragon's Heaven.