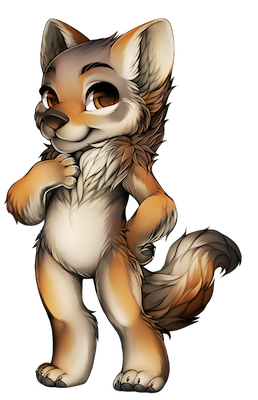 Freya has fallen ill with Warrior’s Plague. Number of explorations per hour is halved. This illness can be cured with Leech Blood.

History: Freya was raised in a family of 8. If she were to receive the love and attention she wanted, she had to stand out. It still affects her personality today. Her character is polarizing.
Growing up, bare-handed fighting was something her family was passionate about. Initially her father taught his offspring as safety, but eventually became an enthusiast. Freya was the 3rd child to catch on to that, and try to be the best fighter of the family. When it was time for a career, everyone suggested she should be a warrior, and she tried it, but found she was not cut out for bloodshed or weapons.

Current: Freya in a nutshell: burly and of many words, but is also a pansy. She's always been able to make friends with males, not because she relates, but they seem to accept her more. She tends to fight with most females. Luckily her exploring partner, Martin, tolerates her. They are considered a capable duo, fulfilling much of her pride.