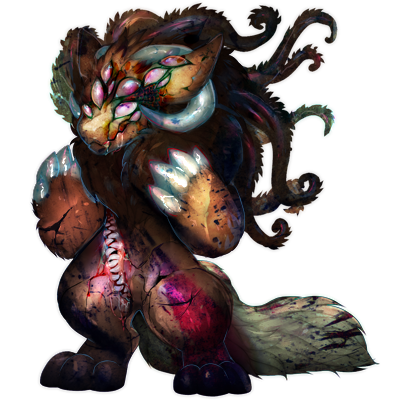 Comments from Keese are in character!
Keese appears to be a golem-like creature. A statue animated by the writhing mass of tendrils and spines that can be seen moving between cracks and fissures in their form. They never speak or make noises outside of wheezing, chirps or unnatural clicks one in a while. The golem makes up for it's lack of voice by writing on it's stone body in chalk, albeit rather poorly, and often in an archaic or cryptic way. Keese is tall considering their origin, but tends to hold a static height. Sometimes silvery teeth are visible within the cracks, but these are kept concealed.

Keese seems to make at least some effort to mimic the personalities or minor traits of others they happen to run into, though they never copy travelers out of malice, More often then not they come off as awkward or socially inept, obviously trying to mask their rather horrifying appearance with an air of curiosity. Their own personality, when not projecting those of others, seems to be rather muted and unremarkable, a literal stony facade.

They meander about in a hulking manner, dragging their tail and limbs about lifelessly in their wake. Only pausing their wanderings momentarily to collect the occasional shiny object in their path.