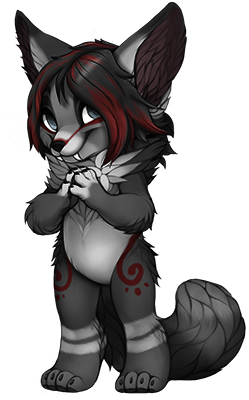 Mara has had a very rough life, never felt the luxury of a kind warm home during childhood. Abandoned by her father when her mother died and then later in life finding out he remarried and had another daughter named Cherry. Which makes her Mara's half-sister, you can tell by their markings. But Cherry doesn't know.

Mara holds no ill will towards her but still can't stand her constant upbeat cheery attitude. She's found relaxation in tending to plants, it's her calling in life. She gladly spends time with her plants than other people. With the exception of William, who she's developed a crush on after a few years of knowing the guy.