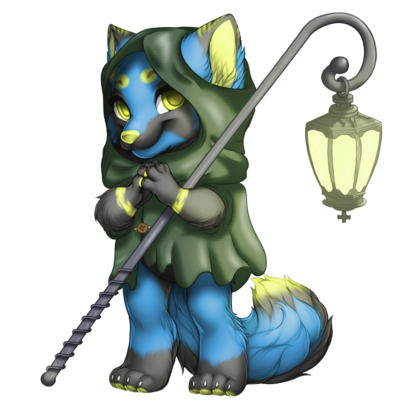 Birger is a church grim, a guardian of holy grounds created by an animal sacrifice performed at the time whenever a new church or graveyard is made. Birger guards the local graveyard from any hostile intent. But his curiosity brought him into the village where people have no clue of his true identity.

Finding that he liked being among people he started using his magic to heal people, and even taking up the medicinal arts. There's almost no illness he cannot cure! The staff houses the source of his powers, which are only usable by him.