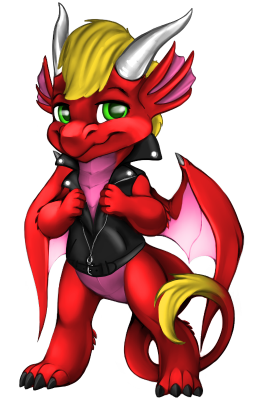 Once a good child, his life changed as a teenager when he was targeted for unkown reasons to be killed. As he was attacked, he ran away, but both of his parents took the fall in protection of their son. A couple of years later, he was attacked again. His mentor ran the attackers off, but Keruza was heavily injured. As the doctors were able to save him on time, Keruza returned scared. That was when he met his new master who promised him safety and power. Soon, Keruza strived to be powerful enough to fight off anyone who tried to hurt him again. When he meets his boyfriend Buddy, he will then strive to protect him.