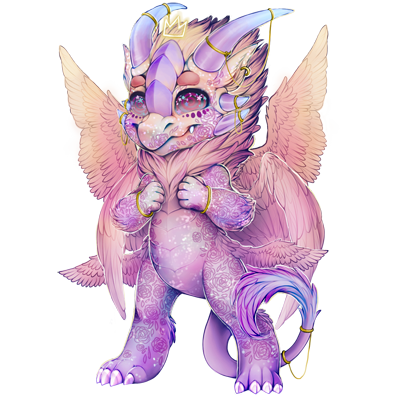 "I have this vision for a perfect world... I want everyone to be happy, but when you want to make someone happy, you need to make someone else unhappy. You see? My vision can never come true. But I still want it to."

Auroshen is all about the hustle, getting things done with frightening efficiency and accuracy. A surehearted warrior, he fights without mercy; he sees monsters as soulless and conscience-less, not members of society.

Ever since he was young, he wanted to make others happy, realizing early on that it was impossible to make everyone satisfied at once. This realization was both crushing and infuriating to him, since he tended to want his world in perfect balance, the way that it should be.

At the same time, he wants to progress personally and to become stronger, both for selfish and selfless reasons. His want for personal achievement battles with his desire for others' happiness.

Auroshen's conflicting desires have created his lifestyle and created his image, a tireless combat machine spending most of his days away from home in the Oceandome and in the depths of the reefs defeating larger and larger monsters. Somehow, he hopes that he can drown out the difficult decisions and compromises that he will inevitably have to make by throwing himself into his work.

Though his six soft wings and glittering eyes attract the attention of others, he doesn't seem to want to enter a relationship of any sort, either totally oblivious to or purposely ignoring any attempts from others to attract his attention.

Whatever the case may be, the rest of House Yuanfen grows more and more concerned for him each day, as he returns bloodied and battered, hauling enormous prizes home with him late at night. Laurion, though he is reluctant to show his concern, adds extra layers of shell enamel to his shield each time he takes it in to be repaired. The others can only hope that he will return home in one piece the next night.

Paintie made by me! I do commissions :D