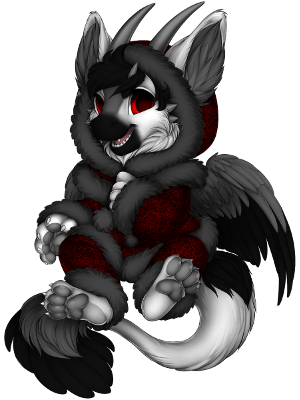 Elizabeth may be a vampire but that doesn't make her mean. In fact she's one of the nicer villagers around. She loves exploring and making mischief. Her jacket never comes off, no matter what climate. It's not that the weather bothers her, she could be jacketless and furless and she wouldn't get hot or cold, she just really likes wearing it.

Now, unfortunately, because she's a vampire, she doesn't have a whole lot of friends. However, she seems to have found a little community of furry friends who will accept her. One particular Dutch Angel Dragon has caught her interest. She knows the tales behind him, but will often be seen exploring with him anyway. However she isn't stupid and is wary and watchful (and determined to get him to talk to her damnit.)