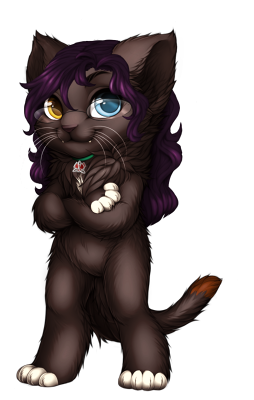 A Cat who's actually half Wolverine, this little Calverine just wants to make a living. She's a witch, but much prefers the presence of animals and prefers working with them over other people due to her shy and introverted nature. Working with animals has also helped her with her mental illnesses, another reason she's gone into the Animal Husbandry career. She'll do her best to help anyone who comes to her, however.

She moved to Olde Foxbury a short while ago, but no one is quite sure where she originally came from. She loves books and reading, as well as drawing, and can normally be seen with at least one sketch book and three novels in her arms when she's not working inside her stables.