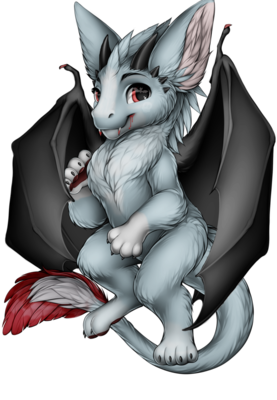 Nyssa was the average growing villager tell an encounter with someone impersonating her mom left her undead and forever a child. Years later she still acts out the role of a kid but its anyone's guess if shes faking it or shes never developed mentally at all.

Nyssa is energetic, playful, curious and loud at times. The world is her play ground and shes eager to make everything spill its secrets. Her curiosity often gets in her in trouble and she often finds herself fleeing for her life. She has no idea why the villagers with sticks and garlic want to end her so badly, after all she tries to only drink when shes hungry...