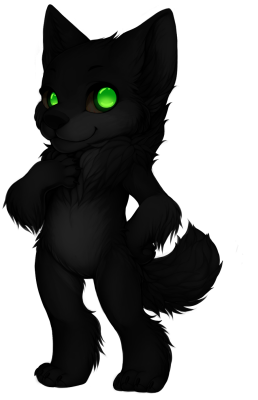 The Lucanar is scarcely more than an urban legend. Nobody is really sure what it is exactly. Sightings are semi-frequent, and it appears to live somewhere in the unfriendly forests between Dragonsmaw Manor and Olde Foxbury, as that is where most of the sightings have been reported. Recently, however, witnesses in Tigereye Peak have reported seeing extremely large footprints in the snow that lead to no where, and flowers not native to the area left at the edges of numerous villages. Through the many stories over the years, it has been gathered that the Lucanar consistently has the following traits in reported sightings:

☾ It carries the strong scent of Corsican mint

☾ It is very difficult to see in the dark, unless it is looking at you

☾ It is not dangerous, and often leaves food for those who meet it

☾ It can vanish quite easily, making it impossible to follow

☾ It is only seen at night, far from dawn

☾ It’s appearance lessens on nights with a fuller moon

☾ It can be heard moving, but makes no sounds in the presence of others

☾ It’s eyes can be seen even without light

☾ If light is cast on it, it quickly steps back to the edge of the light. This is the only time it will make sudden movements when not traveling

Often, there are ethereal howls and baying heard from the forest on new moons. These may or may not be from the Lucanar, but they mark the forest where it is seen. Locals living near it’s stomping grounds often tell travelers who wish to witness it that before they set out to pass through the large, confusing forest, they should leave a chicken egg at the forest for every night until they plan to pass through, so the Lucanar will know that someone will be passing through who wishes to see it. This method proves to be somewhat unreliable, but many claim that it works.

In one statement, it appeared to a group of travelers who had become lost in the forest outside of Dragonsmaw Manor. The unnatural shine to it’s green eyes drew their attention in the dark night and, assuming it to be a villager, they called after it for help. It turned it’s back to them and they pursued, only seeing it’s eyes again as it turned to look at them whenever they lost its difficult-to-follow trail. They hastily followed it until finally they stumbled out into the road leading into Dragonsmaw. When they looked, however, it was gone, and upon inquiring at the village, the only black canines they found lacked its distinctive luminescent eyeshine.

Another encounter occurred in the same forest but further on, although this traveler was alone. He found a small, abandoned camp in his wandering. Empty wagons surrounded the desolate campsite. Having no better alternatives, the traveler lit a fire in the fire pit and planned to sleep in one of the old wagons for the night. As he sat at the edge of the fire, he suddenly felt a presence near him and smelled the distinct scent of Corsican mint and wet dirt. He looked around, but saw nothing, and thus went back to what he was doing. A few minutes later, he heard something moving on the other side of the fire... He looked up to see a huge looming canid, so black that the fire's light barely illuminated it from mere feet away, getting up from where it had been sitting across from him. He had no idea how long it had been sitting there, but he assumed it had arrived with the smell and presence he had detected earlier. As it began to leave his campsite, it looked back at him with eyes that seemed too reflective to be lit by the fire before walking away into the woods. He was quite nervous sleeping that night, but in the morning, he awoke to find a small pile of fresh fruit from the forest piled where the canid had been sitting the night before.

Another wanderer of the forests found a small, strange clearing deep in the woods once. It was covered in a thick carpet of Corsican mint, with elderflower orchids growing tall around the edges. One spot, however, was packed down, and looked to be a spot where something large had slept. The wanderer quickly left, but found as they walked that they could hear something huge following them. They didn't realize until they reached the edge of the forest that the smell of Corsican mint had followed them all the way to the road before it dissipated. They swear that they will never return to this clearing, lest their follower not stop at the edge of the forest next time they intrude upon its space.

Several young campers from Dragonsmaw also witnessed the Lucanar. They went out to a site of abandoned cabins in the forest to camp for a few nights. While sitting around a campfire, they had used the fire to heat water for tea. One of them got out cups for their tea. Shortly after, they noticed that the youth had miscounted and gotten out six cups instead of five. Upon counting again, they quickly noticed that someone stood just outside the light of their campfire. The dark figure quickly walked away into the darkness, but one of the campers had heard of the Lucanar and suggested leaving the tea for it at the edge of the light so that they might see it again. They did so, and it later returned to sit at the edge of the light and drink the tea they had left for it. When it had finished, it sat for a while listening to them before abruptly returning to the forest.