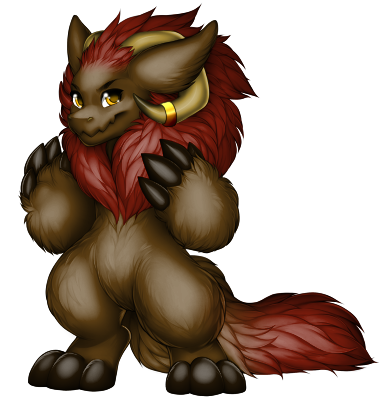 It was on a stormy winter night when Fionnghal, bored to tears because he couldn´t go out exploring or fighting monsters, bedded the wicked witch from a nearby village. When he tried to left without so much as a backward glance she felt slighted by him and became so angry she bespelled him to drink a foul concoction. And when he woke up next he was a beast, like the beast she has called him to be, the Wickerbeast
And thus a prophecy made by his birth came true : It shall be upon the day the sky turns to ice, a secret woman shall bring forth a new furry and an era of brutality begins.
But who really knows what will happen. By never giving up, he is discovering hidden treasures in his ever changing world. With his diligence and skills, there's nothing to stop him from reaching full potential and finding a new place in this world. Luckily he has wise teachers and great friends to support him.