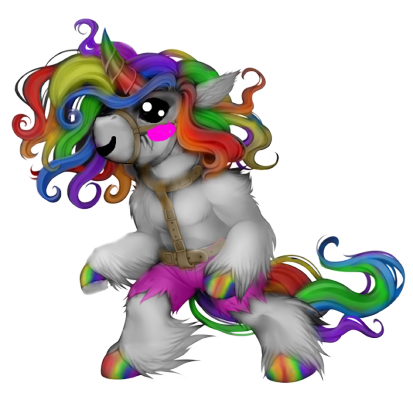 Tags: white rainbow unicorn kawaii flockmod i made this myself so it sucks the best paintie ever

Dont let their looks deceive you! Snuggles may seem cute and harmless and a terrible warrior here, but in reality they haul around their trusty steel greathammer like it's a feather and hit hard and mercilessly when faced in combat. He's not the guy you wanna fight. His iridescent locks also seem to radiate a combat-ready aura

The Light Barbed Stingmonger they have as a companion is the same. They're chill around whoever they trust, but if someone attacks them or Snuggles, they buzz around, stinging up to 45 times a minute, each sting worse than the last. If you receive a minute or more of stings, the results can be life-threatening.