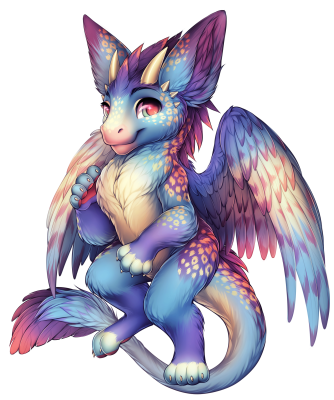 Perhaps it's the change of seasons, or the fact that ALL of my friends decided to become cooks at the same time AND want me to taste test EVERYTHING they make ... Let me tell you, they are some gosh darn good cooks !!! They've even been teaching me how to cook, and I've whipped up some pretty yummy dishes! Sometimes though a DAD like myself needs a change ... So, when the mood hits, I go out to eat in FV!

Have you seen how many restaurants have opened up around here recently !!! ??? Seems like it happened overnight. There's so many to choose from, And the smell....So many great smells in the air this week !!! Ohhhh don't I just love the smell of a good Cheesesteak, or Burger, or Wings-- the hotter the better I say! My real problem is the desserts .... But that's for another time. Not to worry.... I have this Herbalist friend ... So I eat ALOT of Salads ... So many that I'm surprised my fur isn't turning green!

So hey, It's been nice talking to ya friend, thanks for stopping by! It's snack time for me, would you like one? :) "

Toblerone (7'9" & 200 lbs) -- is a Dutch Angel Dragon that has proven themselves to be as sweet as the chocolate bar they are named after. Even if they tend to be of a discrete nature, they gladly return smiles, offer delectable treats, and stop to chatter with the other villagers that approach them. Their fur is always impeccable, result of endless mornings spent grooming it... And the care they put into their look shows in their work as well. Anyone who buys pets from them can assure you their new companions have the fluffiest fur, shiniest carapaces, softest feathers, and shiniest scales they could dream of. It isn't rare to find them sleeping in a chair during the day, once they have a little break to enjoy. But everyone should know it isn't wise to bother them during their nap. They hate to be awakened, especially if the one disturbing them decide to shake them a little bit to do so. No paws are allowed on their pelt other than their own. It makes them too uncomfortable otherwise, and they would rather not risk to see their fur turning messy or dirty.

(Paintie made by the impeccable Kiwiggle . Thank you Sirocco for help with the bio!)