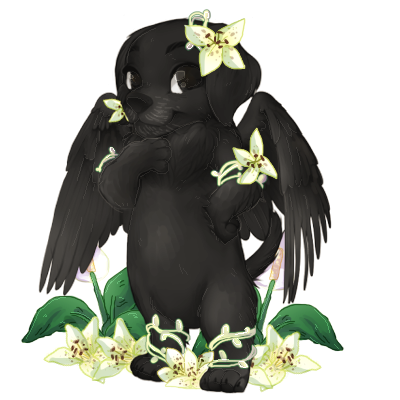 Ratta was a black dachshund mix who was my best friend.
He passed away at 16 in March of 2014.

His paintie is to reflect his peaceful -at home- state and where is he is now in real life.

Ratta used to like being the 'mum' in our house, he would take care of animals we brought in and show them the ropes, which is why he is in animal husbandry.