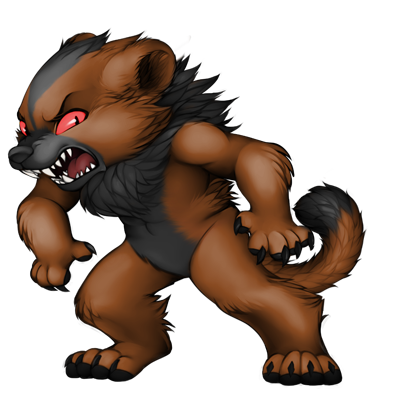 Gevaudan is a man of few words. Usually he communicates in grunts, snorts, hard stares, and shrugs. Though he looks and sometimes acts very intimidating, he's relatively easy going and not one to act out aggressively. If anything he is more likely to act with indifference or quiet shunning.

Gevaudan never really thought he would ever find a soulmate, condemning himself to a life of solitude due to his intimidating appearance. By sheer accident he met Marianas, who found his stoicism adorable and refused to leave him alone. Her persistence led to the two marrying and starting their own animal breeding business.

Learn more about the real beast!

Naked werewolf base by InferisNothus
Edits and colors done by me