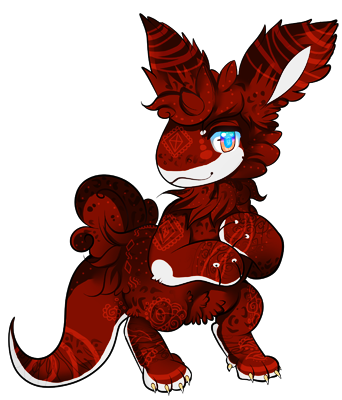 Likes Rasperries and Blacksmithing.
Jeras tends to be quiet and rather shy, except around other Lumeys. Then he turns into a bit of a spazz. It's like all that surpressed energy has to come out at once. SInce he does a lot of repairwork for warriors, he's often on conversational terms with them too, but he gets tongue-tied with any other villager. You should see him at the doctor's. He's usually describing his symptoms through pantomime with the poor doctor doing his best to guess the correct disease.