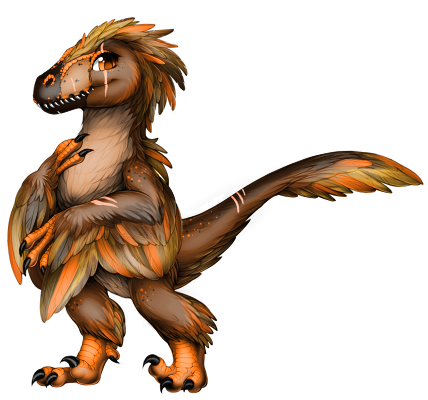 No one has the slightest idea where she came from. Some say Spriya was hatched long ago and managed to somehow survive by hiding away underground. Others claim she was a egg that hadn't yet fossilized, and was hatched by a paleontologist who released her after finding caring for the Dino too much trouble.
Something can be agreed upon, however- Spriya has been around for a long time. Long enough to have earned the proud title of "Grannie Spriya", which everyone knows her by.