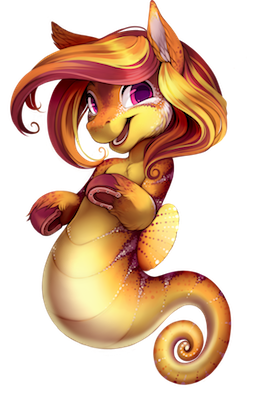 Previously called Pixie. Trying the name Kelpie in hopes of getting a new costume c=

Pixie likes to wear the flowers from her herbal concoctions almost as much as she enjoys mixing them into potions. We've also discovered Pixie has some luck with wee beasties.

Pixie is a White Horse in Festive garb for the Winter Festivities, she'll probably revert once the frivolities of the season are done.

Festive Fox didn't suit her at all. Pixie's making a sidetrip as a grey horse to see if she prefers the colour over white. Pixie's going to Change into Kelpie a Seahorsie to see if she likes being a waterhorse ^,^