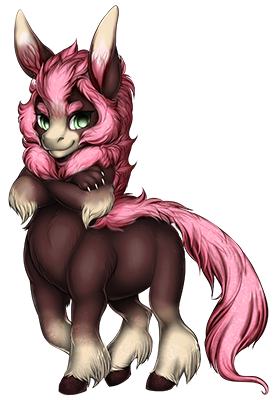 This Neapolitan Saggitari is a strong, kind Saggitari, and the brother of Cellica. He's a protective brother, not letting anyone mess with his little sister. If you make fun of his sister, or threaten her, you'll have to deal with this strong Saggitari. He's friends with the rest of the Inadove Stable's crew, but likes to horse around with Pleufan and Ryul. He sometimes goes on warrior missions with the two, whenever his speed and might are needed. But most of the time he goes on walks to find things to sell. He often gives his findings to Bellaluna, for a profit of course.

He actually bought the Inadove Stable from Arathorn at a discount, for his little sister's birthday. Arathorn often gets his lumber from Alred, and Alred gets stable upgrades for his sister. It's a pretty healthy economic relationship.

Dislikes:
- Those who pose a threat to his sister
- Bullies
- Wild Fires