Does this count as irony?

, no longer has a house! They will be unable to work. Please replace the house or move , into a FC slot.

[[Their name is actually --- --- .--. ... but FV won't let me do that]]
A young Shifty encountered a strange creature with four eyes and a skeletal tail. They were so enthused by it that they attempted to copy its form, only to find themselves somewhat... glitchy. They cannot change shape any longer.
They speak in static and the air around them is always switching between freezing and boiling. Parts of them disappear and reappear, flickering in and out of existence.
Despite this, they still have a rather cheerful personality. They enjoy making flower crowns and braiding other villagers' hair.
It's been noticed by other villagers that they have a couple dozen different sweaters but no other type of clothing.

This is probably their theme song

Nia was uneasy around them at first, but she doesn't understand why.

[[Use any pronouns, They don't care, as long as you're not being rude. If you ask them what their gender is they just shrug at you and offer you a flying daisy.]] 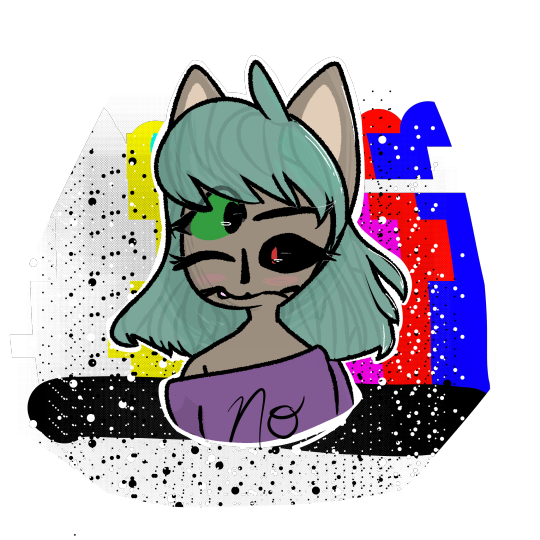 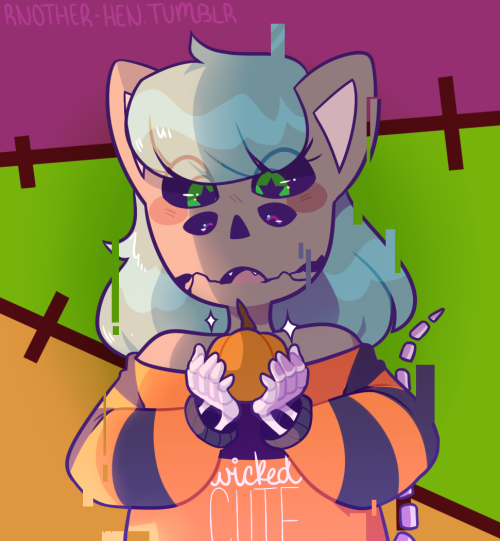 Drawn by this wonderful artist!