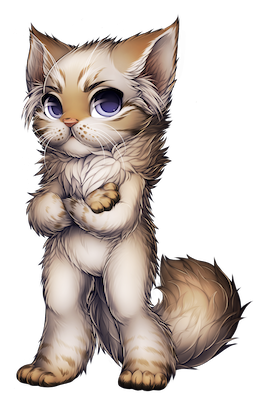 Takumi means "adroit, artisan, or skillful." in Japanese and is traditionally a boy's name.
His pet's name, Takara (宝): is a Japanese name meaning "treasure." He named his skritty that as she is his treasured pet.

Personality~
Positive Traits: Outgoing, friendly, kind, caring, confident, free-spirited, creative, protective, loyal, honest.
Negative Traits: Shy at first, Hot-headed (gets angry easily), stubborn, can be very set in his ways if he has a plan for things to be just so, can rush into a place without a well thought out plan, if he believes his friends are in danger and can be a little too honest at times.

Mental Disorders:
Asperger's Syndrome, ADHD, Bipolar Disorder and OCD (But he has CDO as he has to alphabetise everything as well or it drives him nuts!)

Likes: Building stuff, Alchemy, making friends, being with friends, drawing, writing, reading, going on adventures (both through the magic of reading books and on real ones lol) collecting bones, plants (for potions) ect? , having a pet to keep him company while doing alchemy. WIP

Dislikes: Failed potions, being rejected, being alone, having artist's block, having writer's block, not feeling like reading anything (makes him sad) not going on an adventure, someone stealing his collection of bones, plants ect, his pet running away/dying. WIP

Originally owned by BlueBerryBear
Was obtained/gifted through a villager transfer on 6/25/2017 at 3;15 PM and was around 10 months and 5 days old.
Came as a Persian Cat with the Alchemist career (although he switches between Alchemist and Carpenter at times)
Currently without a Paintie (though that may change in the future as I plan on all of my villagers having painties, so he may get a one)