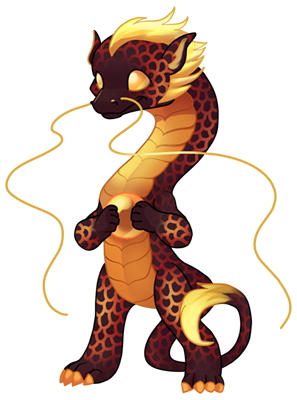 Age: He's a constant in this world! His sister invented maths, then went back to DeityLand but he stuck around to make sure mortals were using 'em correctly.

Background: Teel Constant is one of the children of the DragonGod of Wisdom. While his siblings all have their thing, you know, their theme, Teel just helped them along.
Then his sister was like "I'll teach mortals about numbers, so they can develop more stuff and evolve, idk" and Teel was like "I'll go too!! Wait for me!! I call shotgun!!". So they assumed physical forms and went down to MortalRealmLand.
So mortals at first didn't get anything and his sister was just like "Yehm, screw this, dinner's probably ready", but Teel decided to stick around. I'll teach 'em, xe said, I'll teach 'em real good. His sister was concerned but still left, because, man, etheral pizza night, dude.

Cut to now. Everyone knows about maths, so Teel's a lil bit obsolete. Seeing as he's Constant, he's the accountant for mayor Chester. It's hard to stay jolly when the town's eyeball fund can't even buy you a bottle of water, but Teel manages it, being a junior god and all.