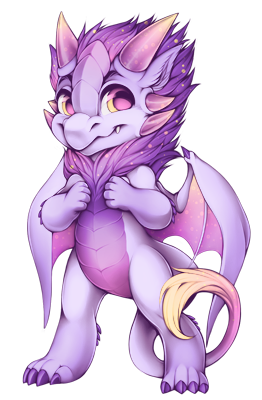 Aria ~
name: Lunaria.
name meaning: Taken from a kind of purple flower known as Honesty Lunaria annua. Honesty is grown for its bright, fragrant flowers in the warmer months and also its unique seed-heads that appear after the blooms. Coveted by florists, they are oval and translucent. This makes her name mean rare, bright, fragrant, oval and translucent flowers.
nicknames: Luna, Aria and Lunar.
gender: Female.
species: Mountainborn Western Dragon, some of her species have fur as as well as being warm-blooded. She is the kind that has scales and and wears clothing (and lots of it in the winter!)
attire: She often wears blue denim jeans, dark brown boots (or denim overalls and rain boots) flannel shirts over plain t-shirts and a black leather jacket if it's cold, along with a simple necklace and bracelet.
scent: She often smells like a mixture of well cared for leather and fresh fragrant flowers.
personality: Lunaria is a friendly, kind, caring, loving, and fun-loving and generous dragon, she loves to make friends and go exploring as well as she loves tending to her large garden. She is also loyal, faithful, trustworthy, honest protective and a bit reckless! She cares deeply about her friends and family, her friends like family to her since she doesn't know much of her family members, so she would do anything for them. Oftentimes risking her life and putting their safety before hers.
sexuality: Heterosexual.


Ect and Fun stuff! ~
Hobbies: Work in progress, Lunaria loves to garden, she has a quite large, (some would say it's huge!) garden full of flowers of different types as well as vegetables and fruits. She has annual flowers as well as ones that only grow once a season then die off and never grow back. She personally loves the annual or yearly ones because they come back each year. She also loves to collect shiny stuff like any dragon, her collection is made of rocks, jewels, geodes, smooth stones and jewelry as well as trinkets (like anything that you could buy that would be steampunk themed like goggles or a watch or old skeleton keys and ect) and collectable figurines (like Funko Pop bobbleheads and 3inch figurines from grab bags for My Little Pony: Friendship is magic to name a few examples)

Facts: She can use magic but it's limited of course. However she can use it to heal wounds (but deadly or mental might be her limit as some wounds you just can't heal with magic as only time can heal them. ) teleport, go back in time (but only like a hour or so) She can also breathe fire that is colored in purple *ombre. (*Fading shades, so fading shades of purple) She is obsessed with collecting old skeleton keys, the most out of the items that she collects.