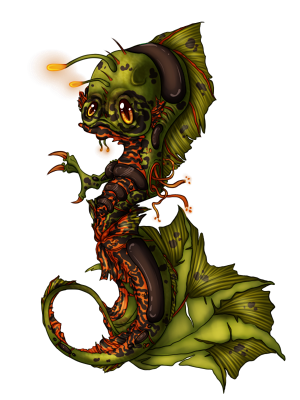 In the late fall of 2013 the Research and applied sciences vessel Atlas III experienced a complete system failure resulting in the automated ballast systems partially ejecting. It is unknown as to why the backup systems failed to correct the issue prior to the ship listing in the waters at 0300 hours. The scientific crew was caught mostly unaware, asleep in bunks.

Between 0300 and 0330 the crew of fifteen woke and worked to save data pertaining to their various projects before the aft computer systems were submerged. Eight of the fifteen crewman were able to evacuate. Four of the remaining seven were recovered dead after rescue teams arrived. The three unaccounted for personnel are under investigation, suspected to have engineered the sinking, and disappearance, of the Atlas III.

Disappeared, in this case, did not mean dead, or even living large in some non-extradition country. The Atlas III was never recovered by any outside party, in point of fact it settled at the edge of an active shelf and commenced slowly sliding downward toward the yawning abyss that fascinated so many scientists of the time. The ship was never found because search vessels were working in the wrong area for recovery before it dropped off the maps entirely.

More frightening, perhaps, the thing was alive. When the sampling drone docked with the USS Benthic for 'maintenance' and sample classification, the sprite whined mechanically and finished chewing it's small, mechanical arm free so it could flop back through the moon pool, leaving with the secondary battery pack of the drone.

Needless to say this created something of a stir among the scientific community. Life, mechanical and biologic, operating at a cold depth far below where vertebrates, much less those capable of breathing the atmosphere inside the docking bay, should exist. Were aliens among us?

Naturally the speculations came under a great deal of ridicule, casting something of a forbidding air on the initial footage of the Sprite. It was declared a hoax, officially, three months after sighting, the mangled arm tangled with the drone's wiring was determined to be nothing more than scrap, tangled remains from downed ships no doubt dating to the World Wars.

Then drones began disappearing. Locators were disabled and footage was destroyed and then none returned.

Then a single drone returned, gutted and 'driven' back one of the research subs by a sprite whose skin glowed. It was wearing a thumb drive, an archaic piece of equipment that it shook off on the deck of the moon bay before slipping off again.

There was a single message uncorrupted on said drive:

After that sprites became a common appearance, swimming up to port holes at most depths and tapping, tapping, tapping at the tempered glass. Antennae arrays and deep sea microphones disappeared overnight, and there were reports of shore incursions, jeeps and dune buggies being 'salvaged', parts missing after high tides.

Dr. Atem Pharouch caught a sprite and placed a deep sea geo-tracker on it before release. By then the world wanted to know where these things lived where they were going...

...the answer was: they were going home. Home to the Atlas III which had become lodged nose down partway down in the Marianas Trench. The ship had grown from a research Vessel into a carefully crafter barnacle sealed against the stone. They were going home to the person who hadn't died, who'd crawled between flooded decks to air pockets until making a rebreather, who'd been dizzy and ill with pressure sickness each time the boat slid, and who went nearly insane alone until making a host of friends to help.

Lore Compliments of my friend Steahl 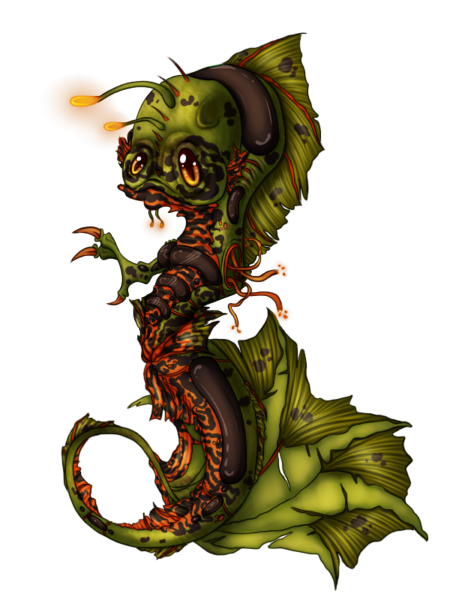