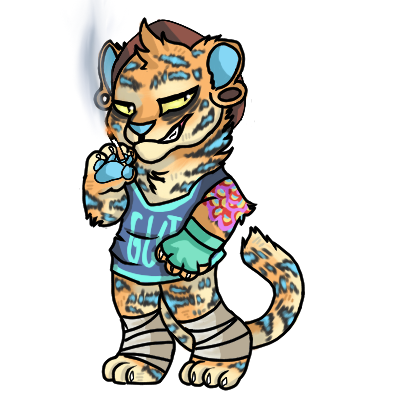 PERSONALITY: A lil tiger child. He thinks he's a badass, but he is a true cinnamon roll inside. He will make you believe that he hates you, but he just needs some love. He knows every secret to build a good house, but he won't reveal them easily! (That's also because his native language is Japanese lol) He is the only one who's able to comunicate with Tanukicchi, but he talks English perfectly. His name means something like "big fangs made of smoke", but his real name was Kaedē, until he changed it.

Paintie by me if it gets approved!