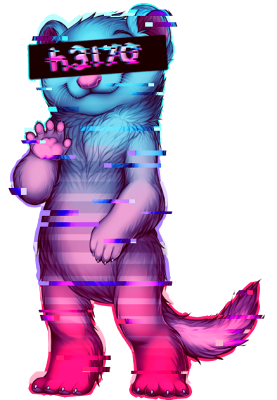 Here you are. Stranded, alone, and cold.
The dawn of night has returned much too soon yet again. You've staggered your way through the forest in which you have been lost for two days. You thought that your skills at following maps and trails were quite adept. You've done this maybe a hundred times before. But never before have you gotten yourself so misplaced. Never before have you accidentally trekked an unfamiliar path by some colossal mistake, just to acquire a really authentic iron rod from some random location, now borne upon your back. Never before have you gone so long with but an extemporaneous directional sense, which is no doubt failing, and with grimly inadequate a supply of food and fresh water. Something has inconveniently been disrupting the magnetic field in this area (at least as far as you know); well it's either that or your precious compass has stopped working. You banish the thought of the latter possibility at an instance. Your trusty compass has never failed you before. Something tells you that the problem is caused by environmental factors in your geographical location, and not a malfunction in equipment.

Normally, you would gaze upon the stars to look for a familiar star formation or several thousand. But tonight, the night sky seems to show you no such privilege. Not even a brief glimpse of the ancient gift of twinkling celestial bodies is bestowed. Instead, just a creepy moonface sneering almost specifically at you, as per usual like every other night. You find only one glimmer of hope - you've spotted something flickering away in the forest. You've been making your way toward it, as it is still the brightest light source in sight. You hope it might be a campfire. Maybe you can get some help from the campers. The skies happen to be very dark tonight, and so you find yourself stumbling over twigs, branches, rocks, sharp rocks, rocks shaped like twigs and branches, etc. In addition there seems to be large, disc shaped pieces of... uhhh... black or onyx?? (hey it's dark here, okay?) rocks dotted around everywhere that seem to keep inconveniently tugging at the large, heavy iron rod you've been compelled to carry upon your shoulders for absolutely no discernible reason. And of course this makes it much harder to safely traverse the already arduous terrain. Nevertheless, you proceed.

Deciding to take a seemingly less coarse path, you opt to stray upon an alternate route, leading away from the flickering light by just a little. The new path appears to be filled with grassy weeds and beautiful... uhh... blackish flowers (again, can't see diddly squat here in the dark). You stagger onward with cuts and bruises from your knees to your feet, presumably caused by the aforementioned progressively-sharpening rocks from the path you abandoned. Undertaking the new trail, it doesn't take more than maybe three steps before you feel a slight tingling sensation at the tips of your feet - which swiftly develops into excruciating pain. Confused, you investigate the situation, only to find the familiar craggy razor blades that seem to protrude from what you thought were pretty flowers and soft leaves. You somehow crawl your way back into the previous path and continue. The lesson was learned: do not diverge from the original path that leads toward the flickering light.

Crawling on your hands and knees, while those damn black rocks keep tugging at your large iron rod accessory, is no pleasant task. But you carry onward, undoubtedly with the help of whatever delusions that the mind of a crawling lunatic carrying iron rods in a strange forest may have at any given point in time. After several more moments of agony, you find yourself at the end of the path. And sure enough, you behold the strange flickering light that your gut instinct has led you to. This is no campfire, however. It appears to be some kind of vertically standing apparition. It also appears to be completely silent. It seems to flicker much more rapidly now, and displays nothing but "er404" on a screen which covers about a third of what you determine to be its face. You begin to hear the sound of deep, low rumbles that come from far above in the sky. As the strange, luminous entity eerily turns to face you, a brilliant flash of light suddenly penetrates the dark skies - followed by a sound so loud and sharp that, just for a few seconds, you thought that an atomic bomb had been detonated right next to your head. That evil thing seems to have assaulted you. Now shaking in fear, traumatised, with pants thoroughly soiled, you pass out.

You awaken roughly thirty minutes later. It has just begun to rain. As you open your eyes, you appear to find yourself staring into what seems like a monitor screen. The idle screen swiftly changes to instead display some sort of short, alphabetically and numerically keyed code which seems to read "h3l70". After a brief pause, the code is removed and the screen momentarily idles before displaying a new code which reads "th3r3", then idles again before displaying yet another code which reads "frl3nd". What could that mean? You think to yourself for a moment. The luminous entity, now noticeably glitching a lot less than before, repeats the three consecutive messages. Something suddenly clicks in your brain: you were recently struck by lightning! Well, the rod seemed to take most of the impact. And also, you realise that this creepy thing that you've been staring into seems to be attempting to greet you.

You manage to squeeze out an awkward "huh... uh-h-h-hello," in a trembling attempt to provide a composite response. Its monitor responds with a "7h4nk" followed by "y0u". The energised entity, now frequently phasing between 2D-hologram mode and a 3D-solid structure of light significantly much brighter than before, seems to have a bit of a glitch fit before displaying "1" followed by "h37p" and "y0u?". Perhaps it wants to chop you up and eat you. You were just roasted by lightning like 5 seconds ago, after all. You might do best to keep your distance. Each time you crawl backward, the now excessively brightly-shining entity seems to remain at an equivalent distance to you, as if it moved with you at the exact same speed. The blank monitor begins to string together more letters and symbols: "6r1n9" followed by "p40n3" and then reverts back to an idle screen. It then reaches toward you with its arm and grabs your phone out of your pocket. Feeling both confused and violated, your heart begins to beat harder in your chest. You feel breathless yet again. Your phone battery has been dead for a while now, so it's not like you could use it to call in an emergent escape vehicle or anything. You defiantly respond "No use! My phone batteries are dead! Just hurry up and put me out of my misery before you feast upon me, you psychopathic evil thing!" You close your eyes shut. That's the way! Defiant yet compliant until the very end. No regrets. You choose to die proudly!

But nothing happens. You take a quick peek with an open eye. Suddenly, the entity is gone, and it isn't completely dark any more. It appears that your mobile phone device has somehow been turned on where it was left before you on the wet ground. It appears to be at full battery, too. You manage to call in a search party that rescue you only a few hours later. But make no mistake about it - you find yourself broken and deeply disturbed. Although the physical wounds gradually dissipate as your body may reshape itself, your inconveniently plastic memories only serve to reopen the mental scars of your experience. Every single time you blink your eyes, you see that glitchy apparition. Every night that you dream, you dream of that flickering horror. Looking back, perhaps the worst part of it all is that you had survived, thinking that the only reason it spared you was because in this way, it could haunt you until the very day that you lose your mind - and it needn't lift another finger to send you into another panicking despair. The cruelty almost never ends! How diabolical indeed.