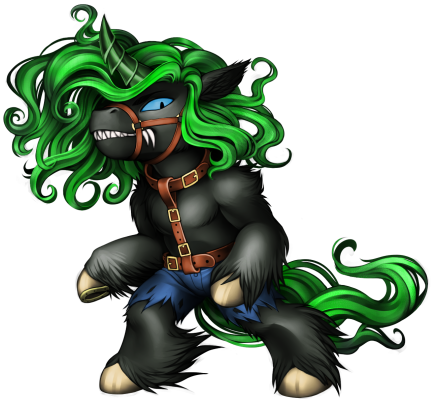 "Neigh can hold me. I am Born free and I will die as such"
Thats what I though in the reckless days of my youth before I was thrust into this new life.
I should of listened to the teachings of the Elder Kelpie but we all do stupid things in our youth.
Trying to tempt a young mouseling to her demise I was blind to the fact it was a trap.
A halter was placed on me and I was forced into slavery.
The years merged together as I was bought and sold to different owners for different reasons.
The last one had been the worst, I was made to fight monster brough in but all they had cared for was the money they made. It must of been at least two weeks since they feed me. And i did what anyone starved would do. I lost.
They Beat me and put me up for auction.
Then She found me.
Her name was Misika and she took one look at me a made the trade.
She took me back to where she lived with a small group of others, mostly explorers.
She was an animal trainer of some kind She often went out with them, coming home sometimes with a new pet.
I Guess she saw me as on of the pets to train up and sell on.
Still she feed me treated the wounds I had gained from my last master, the halter made me obay but i had my own way of fighting back with stubbonness.
One morning she awoke me and lead me out we were going out with the explorers.
I didn't know what lands these were everythign was strange and new, she lead me to the edge of the wilderness.
Then She did what all others refused to do.
She removed my halter.
She freed me to do as i wished.
I looked at her with the halter in her hand for a moment. Then, not sure what I should do, I Ran.
I ran for as long as i could, my lungs burnt and my legs ached but it felt so great.
Yet I found after a few days I was back where I had last seen her.
No matter how far I walked or what direction I went I ended back at that spot at some point.
Feeling strangly drawn to the area i explored and found a Fairly large Swampy lake, most of the water was hidden by tall trees where the root grew down into twisty mazes under the water.
But one part looked out over an opening. At some point the trees had been removed from this area, more then likely for housing in the growing town, and low shrub's and sappling had taken root.
It gave a nice view of the evening stars.
Sleeping one night curled up in the pond I had now claimed as my own I heard a noise.
Unusually it sent a wave of fear through me. It was a scream.
Moving to the surface of the pond i looked out into the moonlit area around me.
Their she was.
The one who gave me my freedom.
Running through the underbrush trying to escape a massive creature I would later learn was called a Rare Mountain Wyrm.
I let out a screaming neigh and after a quick glance she turned towards me.
Dipping back under the water I looked for something anything to use against it.
In the murky water i saw it a the handle of a Hammer, most possibly left by a worker clearing the trees.
Grabbing it I turned towards the waters surface and waited. Time seemed to slow as a golden figure slowly moved around the edge of the water.
Pushing off from the coiled position under the water weapon in hand I exploded from the pool in a shower of water and pond weed.
With the hammer in hand my blow connected with the skull of the Creature with a sickening crunch and it fell into the water.
Landing on the bank on the side of the pool I turned back ready to attack again if needed, but the creature was still.
Looking around to see if she was still around I could not see her, but i could hear the faint sounds of splashing on the other side of the lake.