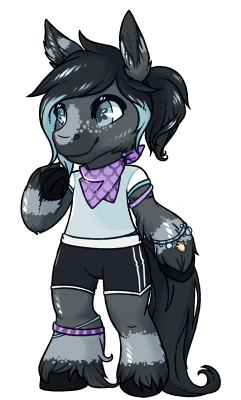 Adamant •Forgetful•Quirky
---
Quartz is such a sleepy and clumsy horse.It's a surprise to everyone how hes the leader of this band.
Quartz used to live in Olde Foxbury until a certain group of Horse villagers got sick of his clumsy antics;such as planting pumpkins in the carrot patch and losing the daisy seeds every spring.Until they kicked him out.
Having only one place to go he ventured to the Oceandome to stay with his black smith unicorn cousin Fleur.Fleur owning a rather large villa put Quartz to work having him grow under water plants.