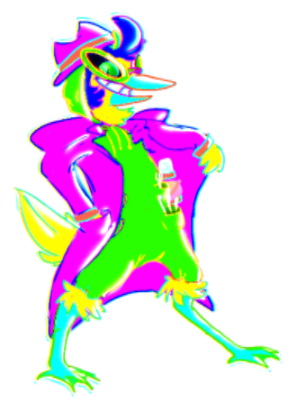 
Tidesworth is an odd seagull who nobody is really sure if he exists or not. He is a self proclaimed warlock who sells what he calls 'forbidden snacks', which are in fact inedible and often deadly things such as toxic waste or rubber balls to the residents of Dragonsmaw Manor. He can be found lurking at abandoned buildings and food vendors, and is nigh impossible to miss, with his bizarre fashion sense. Tidesworth's usual attire consists of a neon green morph suit, an eye burningly bright trench coat, a magenta fedora and alien glasses.
Has been seen dealing dubious medical pills to Cherry Bomb and the two seem to have a history together. 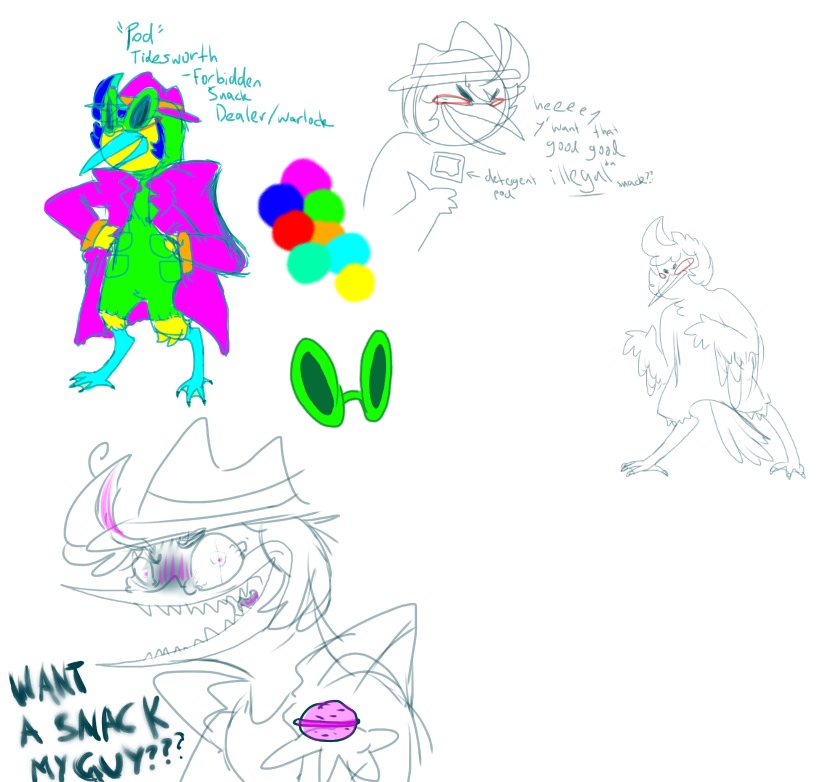 He is not from this plane of existence.