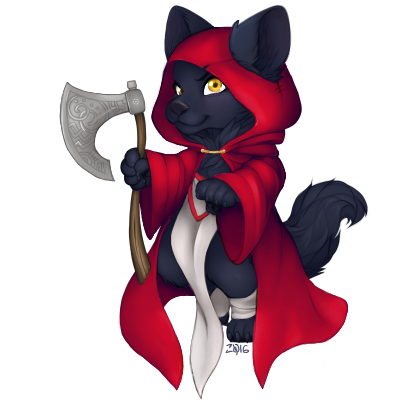 The leaves crunch under your feet as you walk along the barely-defined trail. It's eerily dark for the middle of the day - and foggy, too. Tall, seemingly unending green spruces expand upwards before you. Between them, sometimes, are a Monet masterpiece of reds, yellows, and anything in between, signaling the signs of fall. The path you follow looks everlasting, stretching onward until it's devoured by the chilly fog of the forest.

You shiver at the chill and tug your cloak closer to you. The cold air in your lungs makes you painfully aware of the ever-present silence that hangs uncomfortably in the air. The bone-chilling absence of sound in your surroundings is sparsely broken by the raspy croak of a raven, or rustle of leaves from a slight wind. It is with this thought that you realize you feel nor hear a breeze, just watch the leaves cascade down from their branches and onto your path as you walk.

You have no accountance of time, the Sun has not set, but the forest has not grown lighter or dimmer. You are beginning to wonder if you will ever arrive to town, or if you will be forced to spend the night in the encampment of the forest around you. Could the forest get any more unsettling at twilight?

It must have been days now, you say to yourself. The townspeople will have sent for me. Someone has to have come looking. You are seated on an enormous stump, the placeholder and last remnants of a once ancient and towering tree. You wonder who would have chopped it down. After what felt like days of walking, in a forest where it seemed the Sun never set nor rose, you had decided to sit. And wait. Someone would find you - you were sure.

Empty, barren, cold, breathless - your lungs kept coming up breathless as your legs propelled you deeper and deeper into the woods. You had abandoned the path, now deciding to go on pure instinct. As you ran, the only sound piercing your ears was the urgency of your breath and the near crash of the leaves beneath your feet. And your heart - your heart slammed in your ears, the sound absolute cacophony against the otherwise present and persistent silence in the forest.

It occurred to you that you may just be the only living thing in here.

A figure of red. Just a glance of red beyond the trees was all you needed. You had given up, had been wandering aimlessly since your previous bout of paranoia. But a flash of red across a background of green pine and white snow was all you needed to see to relight that spark of hope. Someone, someone had gotten lost in here - just like you had.

Or maybe, they'd come looking for you.

Wandering, how long had you been stumbling around with no clear destination? Crying, shouting. Red, red -that's all you were looking for. Red.

It appeared to you like an apparition. She stepped out from behind a colossal pine and into your line of sight. You broke down and cried. Sobs racked you as you fell to your knees in the snow, shuddering with the release of your emotions.

She took you into her arms. Encompassed you with her warmth. Gentle golden eyes shone beneath a hood of dark lashes, her eyes a spark against starless fur. Her black paws caressed your cheeks, wiping away the tears you shed. Her soft smile warmed a heart that had long since grown cold from wandering alone. She stood your body up with hers as she rose, her red cloak dancing in the wind around her.

But there was no breeze. The finely-sewn cloak billowed as if there was a driving force, but you both stood there, in the thick blanket of silence that the forest provided. You suddenly felt the urge to run, run - but you couldn't. Couldn't move.

You closed your eyes, begging to wake up from whatever nightmare this was.

"Oh, good," She said, voice as soft as the fresh snow around you, "You already know how this goes."

Your eyes snapped open, your mouth open to scream, but no sound escaped. A silver axe was poised above your head.

"Now, now, no need to make noise. It disturbs the peace, don't you think? Now, don't blink - it won't even take a second." 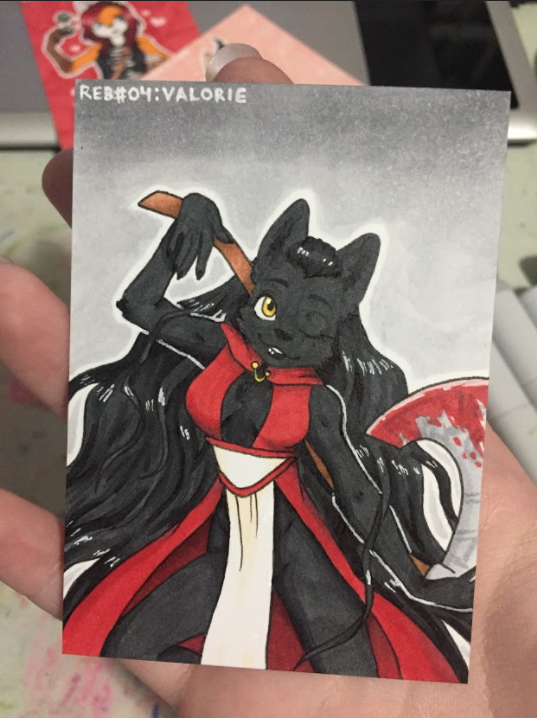