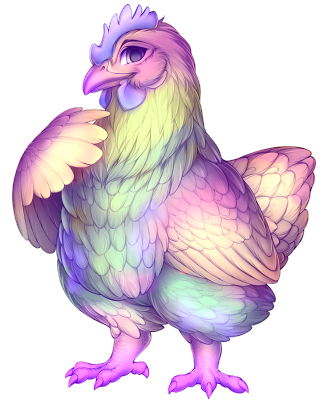 That monster... he screm. Also, that one in the third row needs to stop skipping leg day. I can't even tell what the blue one in the fourth row is supposed to be, and I would not want to mess with that last monster and its tiny, tiny teeth. As for the robot monsters, my favorite is the one with the long neck in the fourth row. Also, the last one looks like some sort of hoverboard. When it dies, can we use its corpse to fly? I'd also love to see a sketch, although, it seems as if a lion village is somewhat being planned? If you look on Kiwiggle's site, you'd see a tailor NPC for the supposed lion village. I do think that it's a bit unfair, since it's all kind of pandering to the one player that ordered lion costumes/warrior venues, but a new village is a new village I guess. Hell, for all we know, maybe it really was Jzanky that purchased the site when it was up for sale. Certainly would explain a lot. Also, aren't there lion enemies? If only it was cannon that the costumes were of those enemies' skinned corpses, haiz... Sure does make for a lot of great lore potential though! Prey that fights back, an evil canine that slaughtered a whole village of lions, a noble warrior that donned the skin of its lion prey to lead them... the list goes on and on!

Yay, existential dread lol. Let's be honest, back in the olden days, two completely separate parts of the world both came up with the concept of a dragon. Even if nothing is truly original anymore, I don't think that should be a reason to stop creating! Things can still be unique as long as you put depth into them. Hell, despite being a mix of bats and wyverns, I'd say that your species is pretty dang original with all the love that you put into it and what not. I'd love to see what the hylynxes look like! If you give me a description of what they are supposed to look like, then I might be able to make a mockup of the species. I wonder if they would make good OCs, hmmm... nobody better tell Fern, she might try to adopt one! And succeed in taming it, probably. They sound pretty cool, and very deadly. They got the fear factor and zappiness of eels, claws and agility of a lynx, and pure strength of a hyena! Have I mentioned how much I love hyenas? Well, they're probably one of my favorite animals, in no small part due to the fact that their teeth and jaws can crush bone, and the striped hyenas have those adorable manes that floof up as an intimidation tactic. I also like how spotted hyenas have a whole complex society, if we do get a lion village I hope we see some tough hyena ladies! The perfect rival (or ally?) for Chief Clawtooth.

Also, damn! That is a LOT of thought put into sleep cycles! I wouldn't have even thought of that. very cool. I might have to add that to the lore of my FWs, since that might affect some things. Now I might need to make a FW that hails from Camara, dang you and your ability to make me want to create new characters!

Spooky possessed Hive! That is definitely a cause for alarm. I hurt for the wyverns trapped inside, that has to be terrifying. Unable to leave something that could most definitely