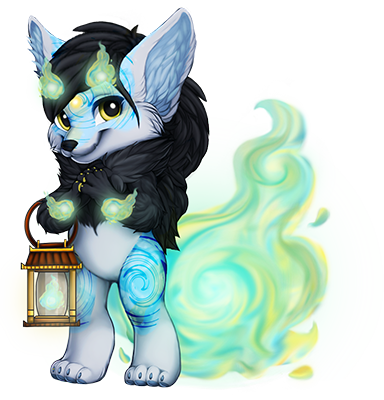 He once was a dutiful protector of an high-standing god, but due to a mistake he made, there were terrifying disaster.
He was was sent to prison forever to repent fro his mistake.

After decades of being caged, the gods decided to give him a chance to redeem himself. He was to gather and protect good souls scattered on below the world of gods and bring them safely back to heaven.

And so, he descended below to start on his task.

The Fade-in profile CSS by noll