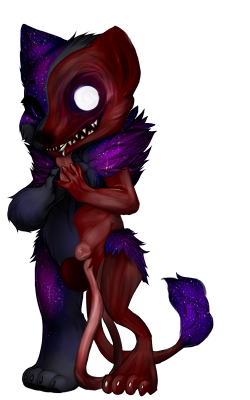 Neurogyn is a neurological doctor, shaman and practitioner of alternative medicine. **Neurogyn has mastered all the medicines of Oceandome and can produce them with 100% potency! Looking to master all medicines, so open for trading recipes and ingredients with other villages.

Since an early age, Neurogyn has had many health problems such as neurological disorders and internal parasites. Neurogyn went to many doctors, but they never understood the root of the problem and ended up making it worse.

Neurogyn retreated from mainstream society in favor of becoming a hermit, searching for his own answers. During his search, he developed many other disorders including mental disorders and paranoid anxiety that affected his physicality even worse. He researched alternative medicine and experimented with his own techniques. For a while it felt like nothing would work, but progressively it got better. Eventually, Neurogyn opened up a practice to help others.

Some folks tend to be a bit leery about seeing Neurogyn. The first thing they notice are his hollow eyes and half skinned body with an intestine hanging down. Neurogyn assures his patients that he feels a lot better after doing this process himself to get rid of parasites and infections.

After a while, patients warmed up to Neurogyn and he became sort of an underground phenomenon, at least in his village. Patients who leave Neurogyn's practice often leave with an altered state of consciousness and a sloppy , crazed grin that indicates such.

**Neurogyn has dabbled in a bit of alchemy in order to aid his medicinal quest, and has recently made a breakthrough in which he is able to alchemically regenerate into a new fox form. The specifics of this process are unknown, but it somehow involves fire alchemically mixing with blood, purging and strengthening it. Neurogyn has also found a way to regenerate cells and fur, but they come in black and some pieces white and gray and he has grown larger ears and wings! The bloodfire comes through very strongly glowing through his eyes and coming through his hands and feet. It is very hot, and the heat is used for purging and enhanced healing abilities. In this mode, Neurogyn is in Bloodpurge mode.

Neurogyn can sustain this form for quite some time, but then sort of 'sheds' it as an alchemical copy, and goes back to his old form but feels slightly different. Neurogyn has made it a goal to one day transcend form altogether, but still retain their alchemical properties for uh, research.