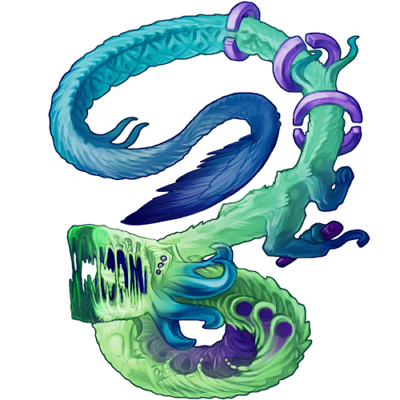 Leviathan no longer has a house! They will be unable to work. Please replace the house or move Leviathan into a FC slot.

Leviathan is a monstrous creature, originating from the ocean depths around Oceandome

Feeling unwelcome, having been hunted down for merely existing, the creature fled to Dragonsmaw, where monsters like it are far more accepting.

The serpent acts as a personal guard for many villagers who feel unsafe leaving their homes, and forges weapons from its own scales and claws for those brave enough to fight the less sentient monsters attacking the village.