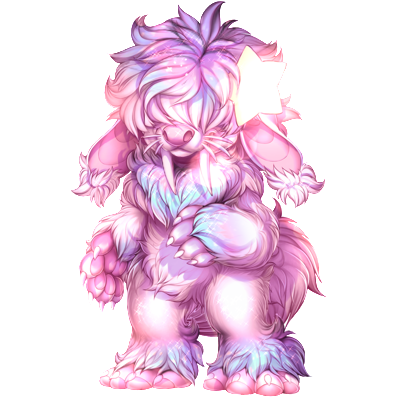 "Oh, uh, ehh, I'm Gw-Gwiqa.. Heh.."
Muttered a quiet, peaceful voice.
The visitor took a glance around
the room in confusion— who was
that? As they scanned the room
they noticed many things, one thing
in particular was the large collection
of bottled stars which sat on top
of an old cherrywood table. It was
draped in a silk, lacy cloth— which,
by the way, had obviously been
chopped with some rubbish scissors.—
Of course not all the stars were bottled,
some of them somehow managed
to find themselves illuminating the floor,
the fireplace, and even the ceiling!~
Whether or not it was an accident, it most
certainly did look nice.

The visitor grinned as they continued
to examine the room. To their left stood a
tall, long wall of open cupboards. They
were overflowing with an endless supply
of loot and goods— despite being rather
weird objects. "Flying lightbulbs seed.. Steel..
Miniature wings.." The visitor whispered as they
read out the various labels on the glass jars.
Oddly enough most of them weren't even filled
with their labeled material! "Oh, uh! P-please
don't go back there!" Moaned the voice
from earlier— it was still as quiet and stutter-y as
before, but this time it was followed by the gentle
patter of paws scampering across the old, chipped
up floor. The visitor paused in shock, then landed
their eyes upon a small-mop looking thing.
The creature lifted it's head up likewise,
revealing it's two, sparkling lavender eyes
which had previously been covered by a
large lump of hair. "P-please stay in f-front
of the cash regis-ister.. Please!" It said, pointing
at the cash register to their right. Then it
proceeded rubbing it's eyes with it's two
big, fluffy front paws. The visitor quickly nodded,
and zipped their way over to the back of the
cash register. They were obviously blushing..
I mean, what a cute little creature!~ "I'm Gwiqa!
And welcome to my shop." Gwiqa said once more,
but this time with a boost of very, very precious
energy. "I would give you an introduction," He
aforementioned, as he proceeded to jar all of his
lost stars off the floor and such. "but I'm sure you're
already aware of what I sell here.." He added, lowering
his head. Obviously he was a bit disappointed.
To be fair, however, it didn't quite look like a shop.
It didn't quite look like anything, really! "Anywho!
I'm Gwi-.." He paused, realizing that he was repeating
himself. "Oh, uh, forgive me hehheu.. I've got a bit
of a noggin problem, I do suppose!" Gwiqa said,
chuckling awkwardly as he poked his forehead.
"Anyways, I'll leave you to it! I'd you need anything,
just ring the bell!" He said, as he lifted perhaps
one too many jars of stars in his paws.