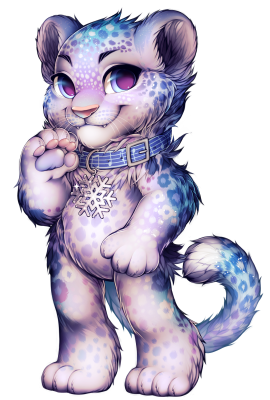 Cain is a very affectionate cat and a great friend. He works hard to make sure everyone gets what they need, putting his best foot forward and his heart into his craft. Despite the constant smile on his face, he's quite often depressed, though he refuses to show anyone anything other than a big bright grin. He'll only let himself be sad around people he trusts and cares about deeply.
He's incredibly strong, but he's the peaceful sort, preferring to read indoors or help out his friends rather than start fights, though he can definitely finish them.