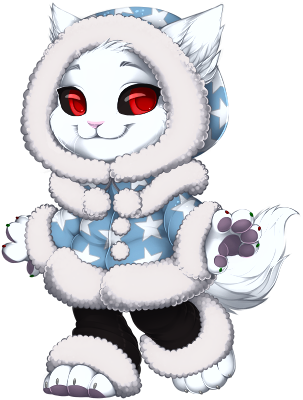 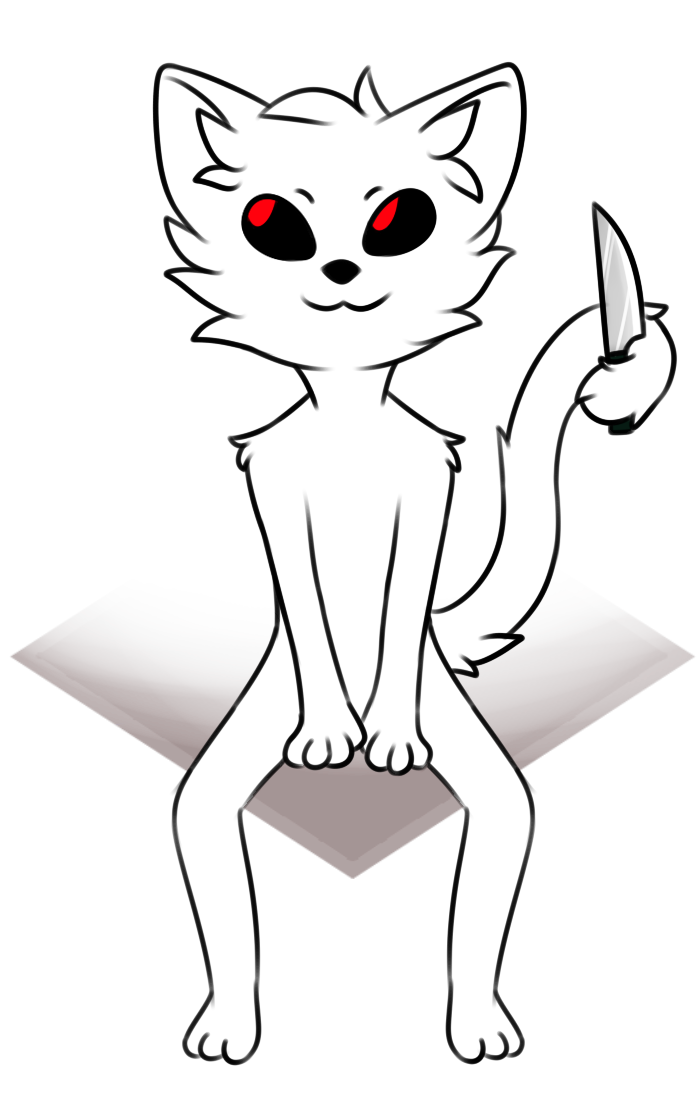 
When it comes to his appearance, the only thing off about this little white cat are his scleroses; instead of being white, they are black. Other than that, he looks completely normal, save for the blood occasionally staining his fur. Sometimes Jacob will wear clothing, though more often than not he'll go au naturel.

His personality is somewhat complex and convoluted. While he is generally very caring about other peoples' wellbeing and very friendly, he makes it very plain that he despises canines, specifically those that are any breed of domestic dog. If that canine happens to be in a mafia, chances are he will kill them or attempt to hurt them. So if you're a canine and you're part of a mafia? Stay away from Jake; he'll cut you.
~~~~~~~~~~~~~☆~~~~~~~~~~~~~
Jacob's Relationships
Significant others: Rusty, Tibby

Soviet - Jacob does not like Soviet at all. He's barely learned her name and he thinks she's weird as hell. Maybe his impression of her will change in time...

Kitsune - She just started talking to him one day. He likes her more than he likes other canines, which is to say he tolerates her. Jacob likes teasing her a bit.

Wendigo - Aside from the fact that he was sent to attack him, Jacob considers Wendigo to be his friend and finds him pleasant to be around.

Prince - too fucking uwu. Worst boy ever.
Not really. Jacob's actually never met the guy, but he seems to be somewhat of a celebrity? Who knows. All that's known is that Jacob seems to like him well enough for actually haven't never met him in person.
~~~~~~~~~~~~~☆~~~~~~~~~~~~~
profile art by Pekoro
Voice reference: Kagamine Len