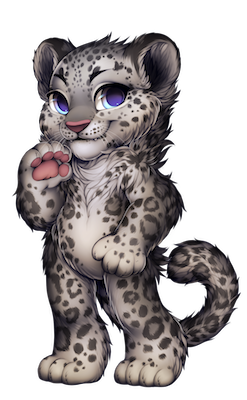 Name: Aurelia.
Gender: Female.
Age: Appears to be in her twenties.
Orientation: Bisexual Biromantic.
Appearance: A fluffy snow leopard with large blue eyes and a coat dotted with darker markings.
Personality: Aurelia is a sweetheart who loves exploring and hanging out with friends. She also enjoys creating flower crowns and wishes she had became a herbalist, although her gut had told her to become an explorer.