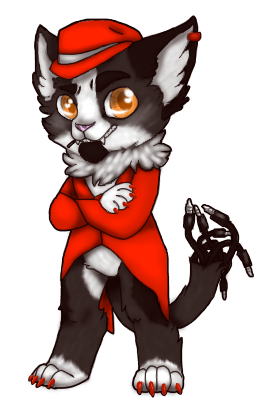 *bbbzzzzz*
(it has already been rewinded)
Hello, this is Radio. *camera man says hi*
Yeah, *walks around his house*
So today I'm like -pause- the fourth person in this uhhh area of the neighbour hood and I'm not sure if this town mayor is a dictator or not *camera man chuckles* just joking haha... so umm I'll be making these video diary's for when I have kids, or something so that they'll learn umm... that *turns to the camera* that they might learn something about me *smiles* but uhh, probably not. so later! *camera man puts down camera then turns it off*

(it skips to the next video)
So my camera man is at a family gathering right now so I'm alone. *Picks up camera* I had a WEIRDEST day, I met with some of the people and this guy named Blondie bumped into me and almost flipped out until he looked up at me with such anger and froze, like the froze you get when you see something you want, and he started apologizing like CRAZY *starts waving his arm* Like he was all over the place! Then he just put his hand to his face and sadly walked off, so I was just standing there. and like what do I do? But we're cool now we talk a lot... alright bye *waves to camera*
*tapes ends*


(you found another one and pressed play)

So uhhh my camera man isn't here again so I will be able to do whatever I want! So I saw this snake dog lady not being racist and at first I thought she was like a really mean lady like the one on the movies, but I met her and I think she's into me *says this with surprise* and so I'll help her out and stuff maybe we could hang out more and I'll get to know her! So later, I'll be back soon.
*2ed tape ends*

(next tape)
*camera man says that their rolling*
Ok ok... well ummm... so I met Klein and Kyle, and they're ok.... I also ran into Blondie again then Nikki also ran into us and we started talking... Blondie is not as innocent as he seems and I think Nikki has a huge crush on me, and *leans to the camera* I also think Blondie's gay. *backs up* I MEAN.... he's not interested in Nikki, but he seems fine to tell me... weird things. He could just be very friendly? I'm not sure... again not trying to be rude... ok.... we're done. *camera man finds the stop button after a few sways*

(a tape! this ones painted.... blue?)
Hey.... camera? I decided to record this one by myself. But I learned that Nikki loves Klein a lot, so I guess she left me? idk we weren't really together to begin with? but she's always poking my face and calling me cute, but maybe she does that with everyone. I haven't seen her with that many people to be quite honest. Whelp that's all I wanted to rant about. Bye.
*the tape stops*

(you see another new tape! It says "Halloween 2k17" on it)
(you see Radio dressed as a vampire) Thanks for holding the camera *camera man says no problem* Hello world, it's Halloween and I'm going trick-or-treating with my friends, Blondie who's dressed as a 'werebeast', Nikki that's dressed as a Angel, Hugh and he's dressed as..... himself, and Lucas who is dressed as a mime! so far we're having a great time! have a happy Halloween!
*tape ends*

(you leave hoping to talk to this person soon)