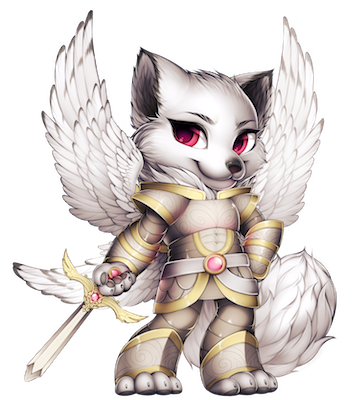 Some notes about Amadi:
1.) He's a ham. xD He loves to show off and get attention.
2.) He speaks in the first person, always starting his sentences with "Amadi blank."
3.) He's a powerful warrior and is always open to trying new things from magic to weapons he loves what he does.
4.) He's lazy when it comes to actual chores. If its not fighting he's not interested.
5.) He can and often does fall asleep whenever he feels like it. Usually in the middle of a conversation he finds boring.
6.) Don't touch his Etienne plushie. He'll murder you for trying. That's his.
7.) Aegis, his pet, is not friendly. Do not pet. He won't save you from a mauling if you pet Aegis.