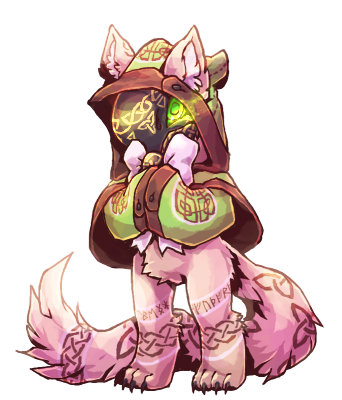 Echo was once a beautiful maiden who had a voice that could soothe a infants tears and calm the most ferocious of beasts. Her beauty was unmatched except to her voice. People from all lands would come to hear her sing. Many would beg for her hand only to be turned away.

Then one day a Prince visited the land and was soon charmed by her voice. The two fell in love, but the princess who was to betrothed to him fell jealous and called her a witch!

And so the curse was laid upon her. But she did not leave the princess, instead she followed her around echoing her voice wherever she went. Driving her mad. Little did the jealous princess know she had cursed herself too.

Had to made a shifty QAQ (oh well!)