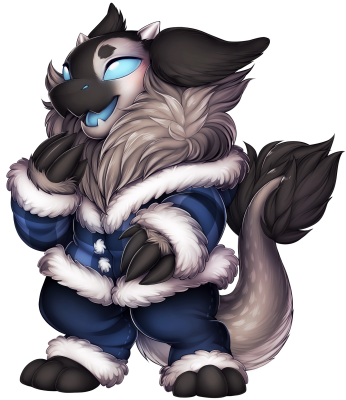 "Muffins are awesome. Wouldn't you agree?"

BE AWARE, THIS MUFFIN MOM BAKES FOR A LIVING AND DOESN'T LIKE PEOPLE WHO STEALS HER STUFF.

Nubila was once a a citizen in a village called Mt. Snowshoes in Tigereye Peak.

After they performed a ritual in the mountains, they went missing.
Soon after that, a shadow had been looming over the village, taking the villagers one by one, and since then they have been called The Ender Shade.
Nubila was rumoured to be trapped by evil spirits. Now they have been missing for over decades, but the stories about them never end.

Finally, Nubila has found the courage to come back to their birth village.
They now share a small restaurant with Oreo and Skittles, and got married to a Gem Raptor called Tova, an alchemist with a kind heart and love for culinary. The restaurant is called "Connections" and became a popular one from the moment it opened.

CSS by Lu as seen here!